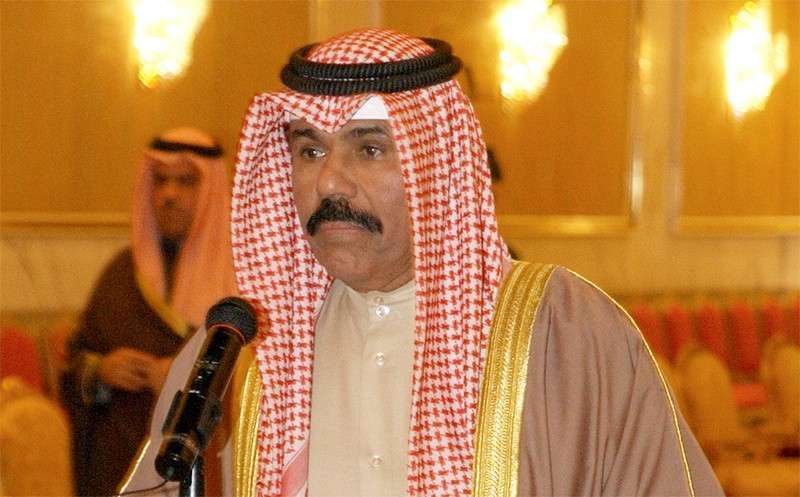 His Highness the Amir Sheikh Nawaf Al-Ahmad Al-Jaber Al-Sabah received on Thursday a cable of congratulations from National Assembly Speaker Marzouq Ali Al-Ghanim on taking the helm of power. The parliament speaker, in the cable, expressed sincere felicitations to His Highness Sheikh Nawaf “on taking the helm of power in our country; as Amir and leader, the best successor of the best predecessor,” noting he and the MPs were honored to host him for the oath-taking ceremony at Abdullah Al-Salem Hall yesterday.

Al-Ghanim noted Sheikh Nawaf’s traits as a wise, sincere and firm leader of substantial experience in the realms of politics. “Although we are deeply distressed over loss of .. His Highness Sheikh Sabah Al-Ahmad AlJaber Al-Sabah, we are certain you will follow his path and seek to attain aspirations of your faithful people,” Al-Ghanim wrote.

He wished Kuwait would witness prosperity under “Your Highness’ leadership,” invoking His Almighty to grant the Amir long life and good health. Separately, His Highness the Amir received a cable of identical content from His Highness Sheikh Salem Al-Ali Al-Sabah, Chief of the National Guard, wishing Sheikh Nawaf heavenly guidance for achieving prosperity, security and distinguished status for Kuwait among nations.

Deputy Chief of the National Guard Sheikh Meshal Al-Ahmad Al-Jaber Al-Sabah also sent a similar cable to Sheikh Nawaf, expressing, in part, strong confidence in his capacity to “sail the ship to a brighter and more aloft future for our dear homeland and the faithful citizens, following footsteps of the late, His Highness Sheikh Sabah Al-Ahmad.” Another identical cable was addressed to him from His Highness Sheikh Nasser Al-Mohammad Al-Ahmad Al-Jaber AlSabah who expressed pride in the “march of giving and sacrifices” during the era of the late Amir, wishing him success in leading the country toward more development and progress.