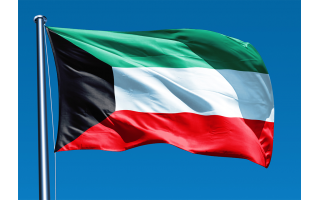 Deputy Foreign Minister Khaled Al-Jarrallah announced Wednesday that Kuwait is willing and ready to host Yemeni peace talks to help find a peaceful solution to the civil conflict in the sisterly Arab country. “Kuwait has previously expressed readiness to host Yemeni peace consultations and it is still ready to do so,” Al- Jarallah told reporters on the sidelines of his participation in the citizenship and development conference. “We hope Kuwait will host such talks to help achieve peace and staunch bloodshed among Yemeni brethren,” he added. He pointed out that Yemeni President Abad Rabbo Mansur Hadi’s recent visit to Kuwait aimed to coordinate efforts within the framework of Kuwait’s support to legitimacy in Yemen.

He added that Kuwait has also received the UN envoy to Yemen Ismail Ould Cheik Ahmad and discussed the developments in Yemen and the international efforts to resolve the Yemeni conflict. Meanwhile, Saudi Arabia said Thursday its military coalition will scale down operations in Yemen, an announcement that came as the death toll from an airstrike by the alliance on a market north of the Yemeni capital this week nearly doubled, reaching 119.

A UN official said 22 children were among those killed on Tuesday in the Hajja province, an area controlled by Yemen’s Shiite rebels known as Houthis, the latest in a series of similar airstrikes that have killed hundreds of civilians since the Yemen war began.

The conflict pits the Shiite rebels and military units loyal to a former president against the internationally-recognized government, which is largely confined to the southern city of Aden. The fighting has killed more than 6,200 civilians, displaced millions and pushed the Arab world’s poorest country to the brink of famine.

The US-backed, Saudi-led coalition of mostly Arab states intervened militarily in Yemen a year ago, launching first an airstrikes campaign in support of the internationally recognized government, then sending in elite forces, mostly from Gulf Arab states, in an effort to roll back the rebel gains.

The Houthis seized the Yemeni capital of Sanaa in 2014 and later swept across much of this country at the southern tip of the Arabian Peninsula. Saudi military spokesman Brig Gen Ahmed al-Asiri told The Associated Press over the phone from the kingdom’s capital, Riyadh, that his country and its coalition partners would continue to provide air support to Yemeni forces battling the Houthis and their allies. “The aim of the coalition is to create a strong cohesive government with a strong national army and security forces that can combat terrorism and impose law and order across the country,” al-Asiri said. Only “small” teams of coalition troops would remain on the ground to “equip, train, and advise” Yemeni forces, which are gradually replacing coalition forces, he said, adding that the coalition’s primary task will from now on be to help build a Yemeni army.

“This takes time and it needs patience,” he said. Scaling down military operations, however, will not impact on the size of coalition naval and air assets deployed to protect Yemen’s porous coastline on the Red Sea and the Arabian Sea, he stressed. Meanwhile, Meritxell Relano, UNICEF’s deputy representative in Yemen, told the AP of the new death toll almost double the 65 who were initially reported killed in Tuesday’s strike on the market in Hajja — came from a UNICEF fi eld team at the site. The airstrike in the Houthi-controlled town of Mastaba also wounded 47 people, she said, and warned the death toll could rise further.

The attack on the market marked the second deadliest in Yemen since the Saudi- led airstrikes began, after an airstrike hit a wedding party in September, killing at least 131 people. After the strike, the Houthis’ TV network al-Masirah showed graphic footage of dead children and charred bodies next to sacks of fl our and twisted metal. Witnesses said houses, shops and restaurants were also damaged, while cars caught fi re. Al-Asiri, the Saudi military spokesman, said the coalition was investigating the Mastaba attack, arguing that Tuesday’s airstrikes targeted a “gathering area” for Houthi fi ghters, located about 10 kms (6 miles) away from the market. “Initial, independent and fi eld sources say that 80 percent of the deaths are Houthi forces,” said a comment scribbled on a map of the area he sent to the AP in Cairo. UN Secretary-General Ban Ki-moon has condemned the airstrike.