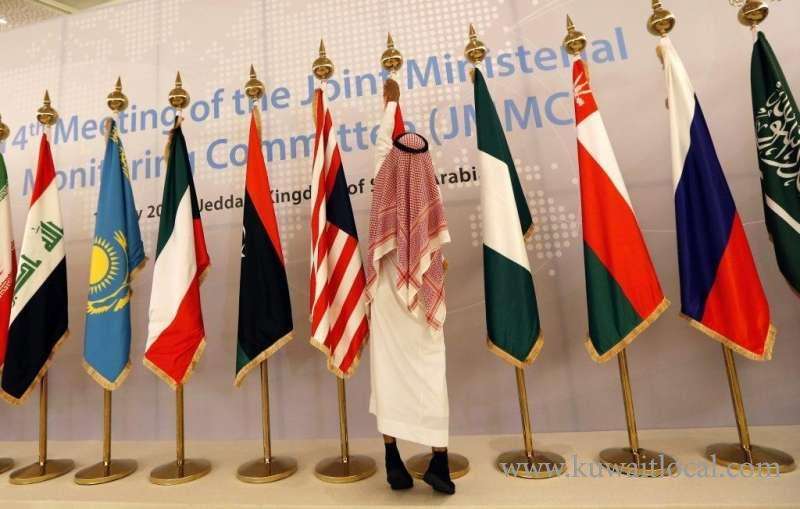 The Saudi King Salman had invited Gulf and Arab leaders to two emergency summits in Makkah on May 30 to discuss the repercussions of recent attacks on Saudi Arabia and the United Arab Emirates (UAE). The summit will come “in the wake of the attack on commercial ships in the territorial waters of the United Arab Emirates,” said a source of the Saudi Foreign Ministry. The European Union (EU) Monday warned of further destabilisation in the region following increased tension between the US and Iran.

“The region does not need further element of destabilisation. This is something that we have been saying constantly. Any provocations must be avoided and all efforts should be made to defuse tensions,” Maja Kocijancic, spokesperson for EU High Representative Ffederica Mogherini, told a news conference in Brussels. She recalled that last week Mogherini “made a clear call to all parties to exercise maximum restraint and avoid any acts which could contribute to a general escalation of the situation in the region.”

The EU spokesperson, however, declined to comment on a warning to Iran by US President Donald Trump who in a tweeter said that Iran will be destroyed if a war breaks out between the two countries. Britain meanwhile told Iran on Monday not to underestimate the resolve of the United States, warning that if American interests were attacked then the administration of President Donald Trump would retaliate. “I would say to the Iranians: Do not underestimate the resolve on the US side,” Foreign Secretary Jeremy Hunt told reporters on the sidelines of the World Health Assembly in Geneva.

Retaliate
“They don’t want a war with Iran. But if American interests are attacked, they will retaliate. And that is something that the Iranians need to think about very, very carefully.” Trump warned Iran early on Monday not to threaten the United States again or it’ll face its “official end,” shortly after a rocket landed near the US Embassy in Baghdad overnight.

Iran’s foreign minister quickly responded in kind on Twitter with his own message: #NeverThreatenAnIranian. Trump’s tweet comes after he seemingly sought to soften his tone on Iran following days of heightened tension sparked by his administration’s sudden deployment of bombers and an aircraft carrier to the Arabian Gulf over still-unspecified threats. In the time since, officials in the United Arab Emirates allege four oil tankers sustained damage in a sabotage attack. Yemeni rebels allied with Iran launched a drone attack on an oil pipeline in Saudi Arabia.

US diplomats relayed a warning that commercial airlines could be misidentified by Iran and attacked, something dismissed by Tehran. All these tensions are the culmination of Trump’s decision a year ago to pull America out of Tehran’s nuclear deal with world powers. And while both Washington and Tehran say they don’t seek war, many worry any miscalculation at this fraught moment could spiral out of control.

The tweet from Trump early on Monday came just hours after a Katyusha rocket fell in Baghdad’s heavily fortified Green Zone near the statue of the Unknown Soldier, less than a mile from the US Embassy, causing no injuries. Iraqi military spokesman Brig Gen Yahya Rasoul told The Associated Press that the rocket was believed to have been fired from east Baghdad. The area is home to Iran-backed Shiite militias.

“If Iran wants to fight, that will be the official end of Iran,” Trump tweeted. “Never threaten the United States again!” Trump did not elaborate, nor did the White House. Iranian Foreign Minister Mohammad Javad Zarif posted his own message Monday on Twitter, saying Trump had been “goaded” into “genocidal taunts.” Zarif namechecked both Alexander the Great and Genghis Khan as two historical leaders that Persia outlasted.

“Iranians have stood tall for a millennia while aggressors all gone,” he wrote. He ended his tweet with: “Try respect – it works!”

Oman’s visit
In Saudi Arabia, the kingdom’s military intercepted two missiles fired by the Houthi rebels in neighboring Yemen. The missiles were intercepted over the city of Taif and the Red Sea port city of Jiddah, the Saudi-owned satellite channel Al-Arabiya reported. The channel cited witnesses for the information.

The Saudi government has yet to acknowledge the missile fire, which other Saudi media also reported. Hundreds of rockets, mortars and ballistic missiles have been fired into the kingdom since a Saudi-led coalition declared war on the Houthis in March 2015 to support Yemen’s internationally recognized government. However, the Houthis’ Al-Masirah satellite news channel denied Monday that the rebels had any involvement with this round of rocket fire.

Between the two targeted cities is Makkah, home to the cube-shaped Kaaba that Muslims pray toward five times a day. Many religious pilgrims are now in the city amid the Muslim holy fasting month of Ramadan. Meanwhile, the US Navy’s 5th Fleet on Sunday announced it would begin “enhanced security patrols” in international waters with members of the Gulf Cooperation Council, which includes Bahrain, Kuwait, Oman, Qatar, Saudi Arabia and the United Arab Emirates. Already, the USS Abraham Lincoln aircraft carrier, the amphibious assault ship USS Kearsarge and others are in the Arabian Sea, waters close to the Strait of Hormuz, the narrow mouth of the Arabian Gulf through which a third of all oil traded at sea passes.