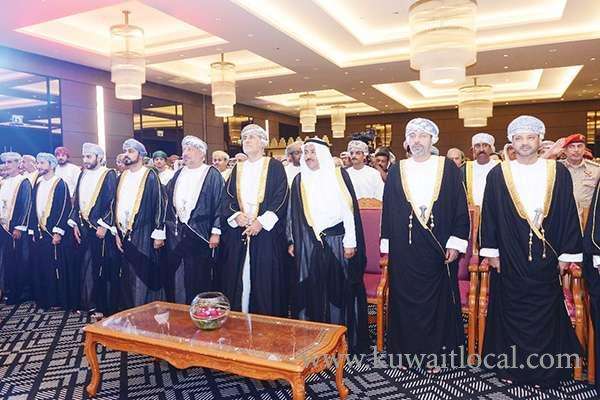 The ambassador expressed his great delight at celebrating these national occasions.

The ceremony was attended by a large number of Arab and foreign ambassadors and diplomatic missions in Oman as well as Kuwaitis studying in the Sultanate.

In addition, some Omani ministers, businessmen, Shura Council MPs, media people and other senior officials at the Sultanate were present at the event.

Meanwhile, the embassy of Kuwait in the Belgian capital held a reception to celebrate the 58th National Day and 28th Liberation Day Anniversary of Kuwait.

Kuwait’s ambassador to Belgium and head of mission to the European Union and NATO, Jasem Al Budaiwi, welcomed the large number of guests and thanked them for their participation in Kuwait’s celebrations.

“It is with great honour and great pleasure that I convey to  His Highness the Amir Sheikh Sabah Al-Ahmad Al-Jaber Al-Sabah my deepest congratulations and heartfelt admiration on this occasion,” Al Budaiwi told the Kuwait news agency, KUNA.

“Kuwait continues to shine, continues to emerge as a civilized, humane country that not only cares for its own people but also plays a great role and makes a lot of effort to preserve the security and stability of other nations in the region,” he said.

Al Budaiwi noted that the huge number of people attending the reception shows how much Kuwait has influenced and has true friend who join celebrations days.

He expressed his appreciation that high dignitaries from Belgian government, EU institutions, NATO, Members of the European Parliament and Belgian deputies were in attendance.