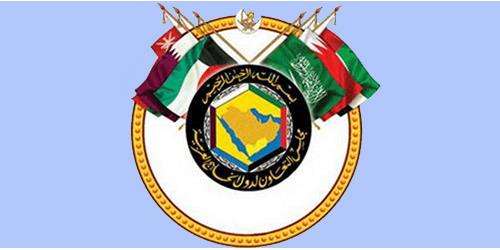 A Kuwaiti official has denied any mediation role by his country in the standoff between Gulf Cooperation Council (GCC) countries and Iran.

Earlier this month, Mahmoud Alavi, the Iranian minister of intelligence, visited Kuwait and handed over to leaders there a written message from President Hassan Rouhani pertaining to relations with the GCC countries and an earnest desire to reach a settlement on regional issues without any foreign interference.

The GCC, established in 1981, is made up of Bahrain, Kuwait, Oman, Qatar, Saudi Arabia and the United Arab Emirates. Kuwait has conveyed to the GCC leaders the purported wish expressed by Iran’s leaders to start a new chapter in its relations with the Gulf countries based on the principle of “settling pending issues through a quiet dialogue, Gulf diplomats said.

However, on Wednesday, Nasser Al Mezyen, Kuwait’s Assistant Foreign Minister for GCC Affairs, said that Kuwait was not assuming any mediation role. The messages from the Emir of Kuwait Shaikh Sabah Al Ahmad to the GCC included the Iranian wish to start a serious dialogue, he said.

“Kuwait will not step out of the GCC framework, and therefore conveying the messages does not mean the existence of a mediation effort,” Al Mezyen said, quoted by Kuwaiti daily Al Nahar on Thursday. “The Iranian overture attempt will be discussed at the next meeting of the GCC foreign ministers,” he said.

On Sunday, diplomatic sources in the Saudi capital Riyadh ruled out an official Saudi response to the reported Iranian attempts to reach out to Saudi Arabia. The sources were reacting to a Kuwaiti report that each of the GCC countries was working on individual responses to the Iranian move and preparing confidence-building measures given “past experiences in which the Iranian deeds on the ground were totally different from their words”.

The sources said that the Saudi efforts to fix relations with Iran were not limited to the two countries and that Riyadh represented Gulf and Arab interests as a whole. Saudi Arabia does not view the Iranian aggression on its diplomatic missions in Tehran and in Mashhad as the only problem and sees Iran as meddling in the domestic affairs of Yemen, Syria, Iraq, Bahrain, Lebanon and Kuwait, the sources added.

In January, Saudi Foreign Minister Adel Al Jubeir said that Iran, in order to build better relations, should change its policy, deal with its neighbours on the principle of good neighbourliness and refrain from interference in the internal affairs of other countries.

Over 35 years, Iran has adopted a hostile approach towards Arab countries by meddling in their internal affairs, sowing sectarian strife and backing terrorism as confirmed by numerous such incidents, Al Jubeir told reporters. Al Jubeir added that Iran knew what it was required to do and that there would not be mediation unless it responded positively.