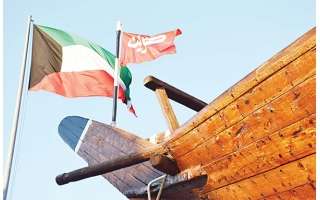 Kuwait is ranked 124th out of 230 in living standard survey released by consulting firm Mercer Tuesday. The firm conducts the survey annually based on a number of criteria, such as political stability, health care, education, crime, recreation and transport.

This enables multinational companies and other employers to compensate employees fairly when placing them on international assignments. Employee incentives include quality- of-living allowance and a mobility premium.

Results of the survey showed that European cities continue to offer some of the world’s highest quality-of-living despite recent security issues, social unrest and concern about the region’s economic outlook. Safety, in particular, is a key factor for multinationals to consider when sending expatriate workers abroad, both because it raises concerns about the expat’s personal safety and because it has a significant impact on the cost of global compensation programmes.

Vienna offers the highest quality of life among all cities in the world, while the Iraqi capital — Baghdad, once more took its place at the bottom of the liveability list. Vienna’s 1.7 million inhabitants benefit from the city’s café culture and museums, theatres and operas.

Rents and public transport costs in the city whose architecture is marked by its past as the centre of the Habsburg empire are cheap compared with other western capitals. Switzerland’s Zurich, New Zealand’s Auckland, Germany’s Munich and Canada’s Vancouver followed Vienna — which reached the best position for the seventh time in a row — in the top five of most pleasant cities to live in.

Global centers London, Paris, Tokyo and New York City did not even make the top 30, lagging behind most German, Scandinavian and Australian cities. In the Middle East and Africa, Dubai, which ranked 75th, remains the highest for quality of living across Africa and the Middle East, followed by Abu Dhabi at 81st, Port Louis in Mauritius at 83rd while South African cities Durban, Cape Town and Johannesburg ranked 85th, 92nd and 95th respectively.

Baghdad landed at the bottom of the list regionally and globally — 230th. Meanwhile, only a handful of cities in the region are part of the top 100 for personal safety. Abu Dhabi ranked the highest at 23rd, followed by Muscat at 29th, Dubai at 40th and Port Louis at 59th . Doha, which will host the 2022 FIFA World Cup, ranked 70th for personal safety.