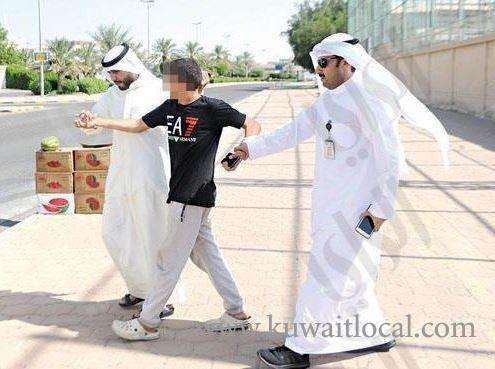 The Director General of the Municipality of Kuwait, Eng Ahmad Al-Manfouhi, stressed that the Municipality will protect the rights of the child through the application of prohibition of work on the streets, according to Law No. 21 of 2015 on the rights of the child, which puts the guardian in line of legal accountability to the State, as referred to in Article 76 of the law, reports Al-Rai daily.

Al-Manfouhi told the daily the purpose of the municipality and its first goal in this regard is to protect children. Recently, unusual movement was observed. The children were very active in the streets, working as peddlers, most of them under the age of 10.

He added that the children’s presence in dangerous places could put their lives at risk, in addition to being exposed to the sun, pointing out that with the application of the Child Protection Law, the Municipality confirms that the penalty will be extended to the parents and not the child.

He pointed out that he has issued direct instructions to all branches of the governorates to move immediately and seriously to prevent the spread of this phenomenon in terms of protection of the child in the first place, and on the other it is considered as a non-civilized phenomenon.

He announced the formation of a Kuwait Municipality team in cooperation with the relevant government agencies such as the ministries of Social Affairs and Labor and the Interior. The team shall launch campaigns that include all areas, stressing that the team has monitored several sites.