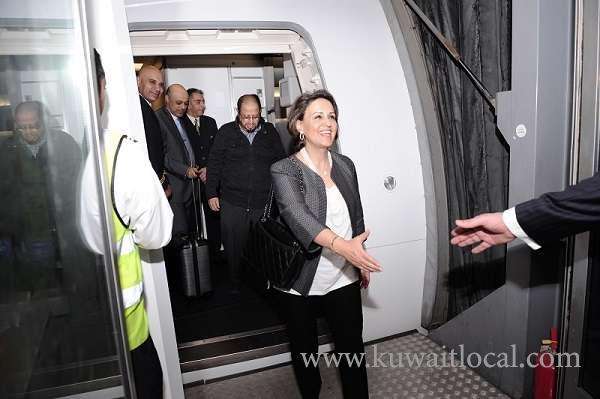 Kuwait Airways, the official national carrier, took delivery on Sunday of the fifth aircraft of the family of long-range twin-engine jets, the Boeing 777-300ER (Warba). The passenger plane is part of a 10-aircraft deal expected to be completed by the third quarter of 2017.

Kuwait Airways Chairperson and Chief Executive Officer Rasha Al-Roumi said in a statement that the new planes would contribute to qualitative development of KAC's fleet and enhance operational capacities and services in the long-range flights.

The new plane is named after the Kuwaiti island, Warba, located northeast of the Kuwaiti capital, she said indicating that the other planes, delivered as part of the transaction with Boeing, were named after Kuwaiti cultural and environmental landmarks.

Warba will be instantly operated, said Al-Roumi, affirming that the airways is boosting its accommodation capacity, particularly on board of long-range aircraft, significantly, at the summer onset.

The new Boeing-777s are scheduled to fly in the summer to Frankfurt, Bangkok and Manila, said the CEO Al-Roumi, noting that the accommodation capacity for flights to remote countries would increase by 58 percent. The Kuwaiti Government acquired all stakes of the KAC in 1962. The national carrier was established in 1953.