<![endif]-->
Advanced Search
Institutional Quarantine Exemption For Some Has No Significant Effect On Hotels
Category: Coronavirus 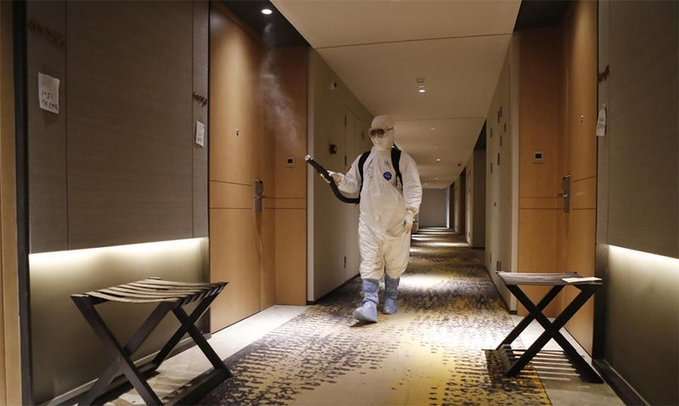 Hotel Owners Union Secretary General Muhammad Najia said the recent decision of the government to exempt some categories from institutional quarantine has no significant effect on hotels, reports Al-Anba daily. In a statement to the daily, Najia disclosed that about 2,200 Kuwaitis have been quarantined in 47 hotels allocated for this purpose on ‘Kuwait Mosafer’ application since the institutional quarantine decision took effect on Feb 21.

e added the losses of hotels in Kuwait are estimated at KD 172 million of operating revenues in the past year. He pointed out that this is the biggest loss incurred by local hotels as the tourism and travel sector is among the worst hit by the corona crisis.

It has been reported that passengers from ‘high-risk’ countries are required to undergo quarantine for a period of 14 days; while those from the rest of the countries must be in quarantine at any of the approved hotels in Kuwait for a period of seven days on their own expense.

Also, the Council of Ministers recently decided to exempt some categories of arriving passengers who got vaccinated with the approved vaccines in Kuwait from the institutional quarantine. Members of diplomatic missions in the country, their families and visiting official delegations have also been exempted from the requirement to register on ‘Kuwait Mosafer’. Meanwhile, about 80 social workers (Kuwaiti women) are still awaiting a decision from the Civil Service Commission and the Ministry of Education for their appointment, reports Al-Anba daily.

Informed educational sources told the daily the Education Ministry is awaiting instructions from its Undersecretary Faisal Al-Maqsid, to open the way for children of Kuwaiti women to work as researchers, noting that after conducting personal interviews the names of those who passed were sent to the CSC but the reply from the CSC is still awaited although the names were sent in August 2020. The sources stated the Education Ministry is awaiting a response from the CSC so the researchers can begin work, especially since the social and psychological service departments of government schools suffer from a severe shortage in this area.