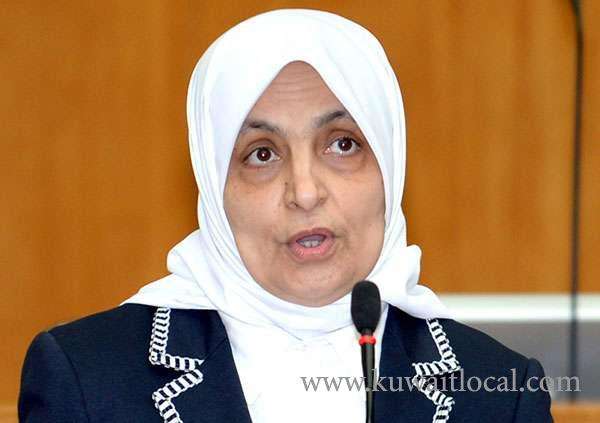 Kuwait is keen on safeguarding foreign communities namely the Indian expatriates, who constitute the largest non-Kuwaiti community in the country, affirmed the Minister of Social Affairs and Labor. Dr. Hind Al-Sabeeh, also the Minister of State for Planning Affairs and Development, said in a statement on Tuesday that presence of the large number of Indians in the country indicates that their businesses are stable and their rights are safeguarded.

Kuwait, she added, has signed a protocol with the Indian labor ministry, stipulating that it approves the employment contract ahead of the worker's entry into Kuwait. She put the number of Indian workers in Kuwait's private sector at 549,196, adding that the number of them who had lodged complaints requesting rights' attainment, between July 31, 2015 and July 31, 2016, amounted to 4,223 only.

The ministry's public relations units, based in all of the country's governorates, are ready all the time for receiving laborers' protests. Moreover, the local authorities have compelled employers to allocate financial guarantees for the employee, to be used for compensating the employee in case he has not been paid.

In line with the State policy of protecting the expatriates, namely the workers, a shelter for workers had been set up, for those in need for help. A number of female Indian workers had taken up refugee in the shelter and departed the country after being paid all pending sums.