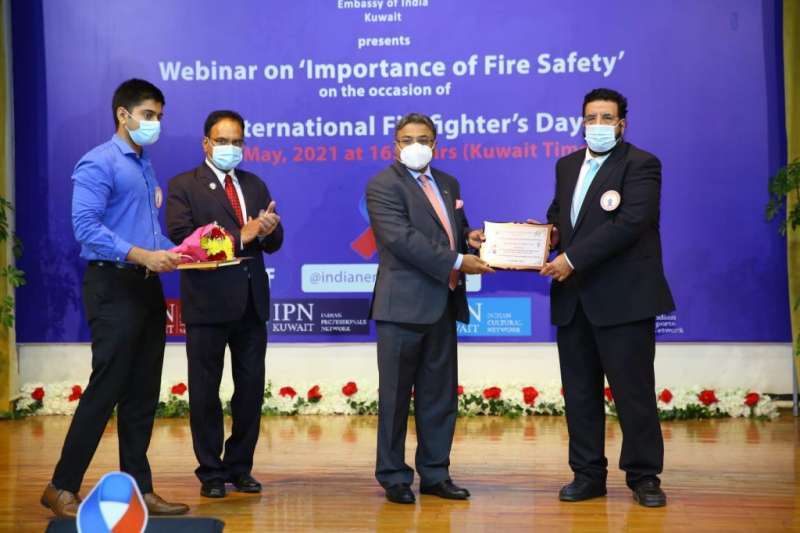 The Indian Embassy organized a webinar on ‘Fire Safety’ on the occasion of ‘International Firefighters Day’ on 4 May, 2021. This was the first event in a series of Skill India events in Kuwait, under India@75 and to mark the 60th Anniversary celebrations of the establishment of diplomatic relations between India and Kuwait.

Ambassador of India to Kuwait H.E. Sibi George delivered the keynote address on this occasion. During his speech, the Indian Ambassador paid tribute to all those affected by the COVID-19 pandemic. He also extended his gratitude to the Kuwait authorities and other Indian associations and groups in Kuwait, for providing India with medical assistance in these very critical times.

The Ambassador also announced that an event on ‘Skill Development’ will be organized in the first week of every month.