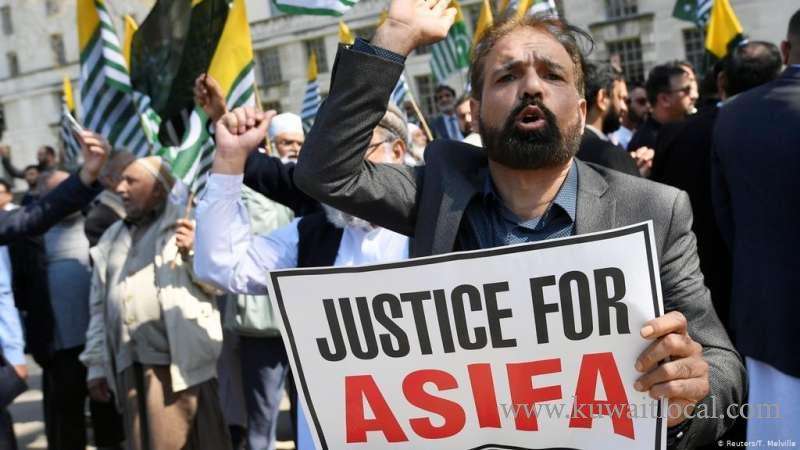 A court on Monday sentenced three Hindu men, including a police officer, to life imprisonment for kidnapping, raping and murdering an 8-year-old Muslim girl in Indian-controlled Kashmir, in a case that has exacerbated tensions in the disputed region.

The judge acquitted another defendant due to insufficient evidence. An eighth suspect, a minor, will be tried separately by a juvenile court, Santokh Singh said.

The girl, who was a member of a nomadic tribe, was grazing her family’s ponies in the forests of the Himalayan foothills when she was kidnapped in January 2018. Her mutilated body was found in the woods a week later.

The case sparked protests across Kashmir, a Muslim-majority region where rebels have been fighting for years for independence or unification with Pakistan and there is great distrust of the government. (AP)