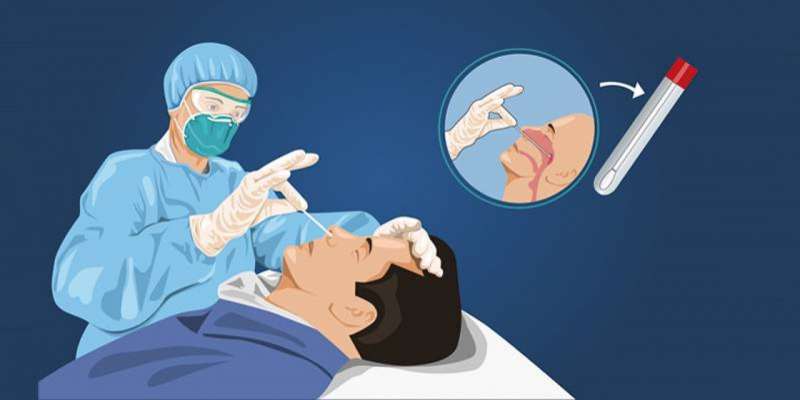 Al-Qabas learned from informed sources in the Ministry of Health that the specialized medical teams have intensified their efforts during the past days to conduct more random field surveys according to a plan based on spreading in the regions, which contributed to discovering more injuries.

The sources indicated that the swabs have doubled in government facilities alongside the private sector and in residential areas, noting that the Ministry announces these cases transparently in its daily data.

Health officials told Al-Qabas that the Public Health Department teams carry out separate examinations and swabs daily and throughout the week, noting that they conducted swabs at the "Hope School for Special Needs" a few days ago, coinciding with the gradual return of work, and by means of "nose-pharyngeal" swabs within the means The Ministry of Health's fight against Covid 19 disease.

The officials indicated that the teams took separate swabs for workers in the sports sector and in coordination with the Public Authority for Sports and the Kuwaiti Olympic Committee, as more than 800 "nasopharyngeal" swabs were performed days ago, and they are continuing their examinations in clubs, coinciding with the return of sports activities. In stadiums and halls, which requires further medical examinations before starting exercises and matches by athletes.

And they added that during the current week, employees of two companies were examined, as 300 nasopharyngeal swabs were taken from them, indicating that the mobile team of the Public Health Department, with the gradual return of work, continues to examine the employees of government agencies, with the aim of trying to control the non-spread of the virus within those departments And other companies and institutions in the private sector.

The Ministry’s spokesman, Dr. Abdullah Al-Sanad said: Among the previous cases that were confirmed to be infected were cases of contacts with confirmed cases and others under investigation for the source of infection and examining those in contact with them.

He stated that the injuries were distributed according to the health districts: 181 in Hawalli, 154 in Al-Ahmadi, 150 in Al-Farawaniyah, 137 in the capital, 118 in Al-Jahra

And he indicated that the number of people receiving medical care in intensive care departments reached 90 cases, bringing the total number of all cases that were confirmed to have (Covid 19) disease and are still receiving the necessary medical care 9226 cases.

He indicated that the number of swabs that were performed within 24 hours amounted to 5384 swabs, bringing the total to 663135 examinations.

Al-Sanad renewed the call for citizens and residents to continue adopting all means of prevention and avoid contact with others and to be keen on implementing the strategy of physical distancing, recommending to visit the official accounts of the Ministry of Health and official authorities in the country to view the instructions and recommendations and everything that would contribute to containing the spread of the virus, stressing that the spacing is a pillar to prevent the spread of The epidemic.

The number of recoveries reached 818, bringing the total of those recovering from the disease "Covid 19" to 83,040 cases.