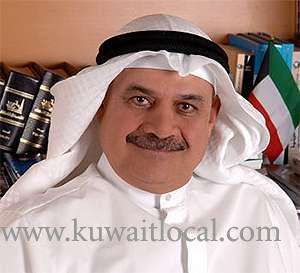 Board Chairman of Ali Abdulwahab Al-Mutawa Trading Company Faisal Al-Mutawa, who recently inaugurated the exhibition in Shuwaikh, does not seem very optimistic about the future of economic reform, reports Al-Rai daily.

Al-Mutawa told the daily he is not optimistic about solving the economic problems of the country. He said the real crisis that any development in Kuwait is facing is the repeated talk while decisions continue to be postponed.

He said the reform document and the development plan are mere fabrications published for media consumption. “Anyone who objects to my words will come up with a plan or a document implemented 20 years ago. How much has been achieved from the Blair studies in Kuwait?” He believes Kuwait’s Vision 2035 lacks two main determinants: first is a specific authority for implementation and second is time frame of implementation. Talking about the two parliamentary proposals to reduce the retirement age and write off loans, he regards these proposals as errors.

He argued such issues should be taken care of within the right perspective because it is crystal clear they are added luxury and pampering for those who benefit from what they do not deserve, while causing serious damage to public money and burden on the budget. He added the government suffers from financial and administrative chaos, corruption and wastage of public money. He thinks the best solutions include activating the privatization program, reducing the number of technical and administrative staff in the government, providing more employment opportunities, and supporting small and medium enterprises (SMEs) in all aspects.

On the subject of expatriates and growing demand to reduce their presence in Kuwait, Al- Mutawa pointed out that the talk on this file is a big exaggeration. “We benefit from them more, so I find it unacceptable and a bad attempt to spread division between us and our Arab brothers,” he concluded.