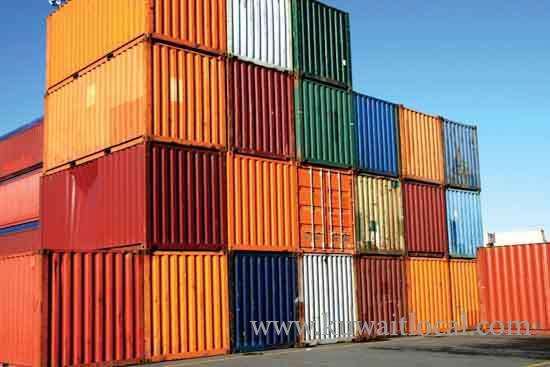 Exercising their supervisory role over the executive authority, several MPs submitted queries to various ministers on Sunday including MP Sadoun Hamaad who cited a local newspaper’s report about a high-ranking consultant at the General Administration of Customs who allegedly received KD 20,000 in exchange for allowing the entry of three containers of illegal commodities.

According to the report, the consultant is a non-Kuwaiti so the MP asked Finance Minister Naif Al-Hajraf about the criteria for appointing consultants. He requested for detailed documentation about high ranking consultants in the administration including their credentials and experiences.

He also wants to know the extent of the administration’s need for foreign consultants and reason for hiring expatriates instead of Kuwaitis for this post.

Moreover, due to the huge crowd in the Medical Insurance Department recently which caused a number of problems in the Ministry of Health and put the country’s health services in bad light, MP Abdulwahab Al-Babtain submitted queries to Minister of Health Bassil Al- Sabah.

He asked about the number of medical insurance offices throughout the country, if there is an emergency protocol in dealing with such an issue, and steps taken to prevent recurrence of the problem. On the other hand, prompted by the recent announcement of Kuwait Institute for Scientific Research (KISR) about its success in correcting 77 percent of the State Audit Bureau’s notifications and warnings since 2008, MP Khaleel Abdullah Abul submitted queries to Minister of Education and Higher Education Hamid Mohammad Al-Azmi in his capacity as member of KISR’s Board of Trustees.

The MP requested for copies of notifications and warnings that the bureau has given to KISR since 2008 and the latter’s responses. Furthermore, MP Salah Khourshed submitted queries to Minister of Public Works and State Minister for Municipality Affairs Husaam Al-Roumi regarding the new Um Al-Hemaan desalination plant. He wants to know total cost of the design contract, the contractor in charge of execution, agreed completion date, and impact of the new plant on the existing ones.

5 Year Residence For Expats And 10 Years For Expat Businessmen A new residency law will be introduced that underlines that an expat can acquire a residency visa for up to 5 years and for an expat businessman with a valid project, it is for 10 years. Among the ... August 12, 2020 2 7928 Category: Expats

Large Scale Expat Deportation Plan In Progress Planning is underway for the large scale arrest and deportation of around 126,000 expatriates living illegally in Kuwait, reports Al Jarida daily. They did not take advantage of the amnesty in April a... August 11, 2020 1 6708 Category: Expats

Ban On 31 Countries To Continue - No Request To Bring Expat Workers From Any Ministries The Supreme Committee for the Restoration of Commercial Flights at Kuwait International Airport held a meeting yesterday to review the procedures for flights operations. Volume 0% According to the... August 13, 2020 0 3276 Category: Travel

Only educated expats over 60 will have their residence renewed Public Authority for Manpower (PAM) has announced that expats at the age of 60 and above, without a university degree will need to make preparations to leave the country by end of this year. They are ... August 11, 2020 2 3217 Category: Expats

DGCA Did Not Receive Any Request To Bring Back Expats Stranded Abroad The government institutions did not send a request to make preparations for the return of expats stranded abroad, especially needed professions in Kuwait such as doctors, engineers, judges, other expe... August 13, 2020 0 2820 Category: Kuwait