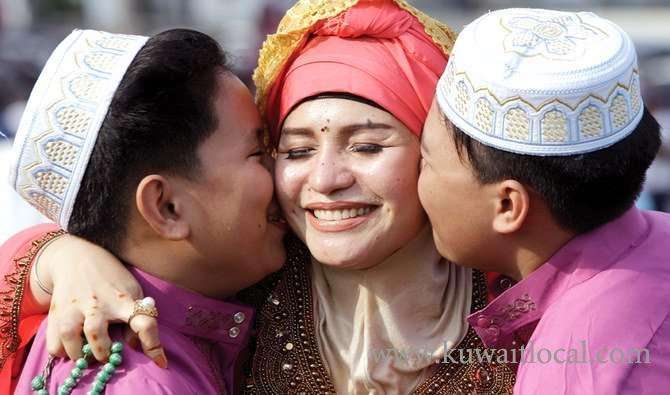 Muslims are “instruments of love,” the Philippines president said Wednesday as he urged them to promote peace in the country and wished them a happy Eid Al-Fitr.

President Rodrigo Duterte, who says he has Muslim ancestry, earlier this week declared June 5 a public holiday in observance of the festival marking the end of Ramadan.

A proclamation signed by Duterte said the whole country should have the opportunity to join their “Muslim brothers and sisters in peace and harmony” in the observance and celebration of Eid Al-Fitr, although the country is mostly Roman Catholic.

In his Eid message Duterte said: “The Filipino nation joins them as they offer prayers of praise and thanksgiving as well as demonstrate the virtues of the Islamic faith in accordance with the teachings of Allah through the Qur’an. May all Muslim Filipinos observe this day as a time for reflection, enlightenment and renewal of commitment to a much stronger devotion to the Almighty.”

He called on Muslim Filipinos “to take (the occasion) as an opportunity to deepen (their) role as instruments of love, sacrifice, respect and selfless service.”

“May each of you remain our government’s partner in promoting peace and understanding among Filipinos from all walks of life,” he added.

The rebellion has claimed around 150,000 lives in the Mindanao region since the 1970s.

“In observance of Eid Al-Fitr, we also celebrate the spirit of social healing, reconciliation, and unity. Let us therefore continue to work together as one nation to ensure the implementation of the Bangsamoro Organic Law,” he said.

In Marawi, the country’s the only Islamic city, the Office of the Presidential Adviser on the Peace Process (OPAPP) said thousands of residents had gathered at Mindanao State University to celebrate Eid Al-Fitr.

OPAPP, through its Duyog Ramadan program, joined residents who were celebrating the end of Ramadan.

Duyog Ramadan is a multi-stakeholder effort spearheaded by OPAPP that aims to promote social healing and reconciliation following a 2017 battle that lasted five months, killed 1,200 people and leveled much of Marawi.

Art workshops and the distribution of Ramadan food packages were among the activities carried out by OPAPP in collaboration with the Armed Forces of the Philippines, Task Force Bangon Marawi and the provincial government of Lanao del Sur as part of the program.