Advanced Search
Dubai Airport To Charge 35 Dirhams To All Who Travel Through Their Airport
Category: Kuwait 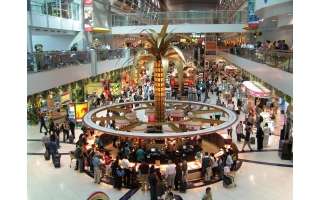 Dubai has found another way to raise cash, as the oil crash continues to take its toll on the broader region's economy.

Airlines will charge passengers flying through its airports a service fee of35 Emirati dirham (about $10) from June 30, according to a government statement Wednesday.

Children under two, cabin crew, and transit passengers leaving on the same flight will be exempt.

A resolution for the levy was approved Wednesday by Sheikh Hamdan bin Mohammed bin Rashid Al Maktoum, the crown price of Dubai, according to the Wall Street Journal.

Dubai International Airport is one of the busiest airports in the world. About 7.3 million people passed through it in January, according to the website.

We'd note that airport charges are not uncommon, and the government says the levy is to boost infrastructure. But the new airport charges, which will be transferred to the government's purse, are evidently a way to raise money in a country whose revenues have been strained by the plunge in oil prices.

And it's not just the United Arab Emirates coming up with ways to cope.

The government of Saudi Arabia, for example, confirmed in January that it is considering an initial public offering for the state-owned oil company Aramco.

And in Qatar, state-funded network Al Jazeera announced last weekend that it is cutting about 500 jobs from its main Doha operation, as its US cable news wing prepares to shutter next month. 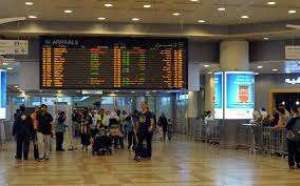