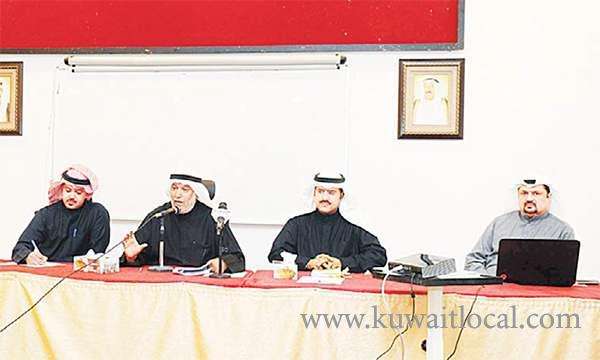 The speakers at the symposium held by the Association of Agricultural Engineers, under the title ‘The Conocarpus Tree and its Impact on the Environmental Conditions of the State of Kuwait’, were surprised by the decision taken by the Public Authority for Agriculture Affairs and Fish Resources (PAAAFR) on the prevention of tree planting in the country, reports Al-Qabas daily.

The speakers called the decision as ‘wrong’, because it “did not rely on a scientific study particularly on the advantages of this type of trees and the benefits and effect on the weather conditions in Kuwait in summer and winter.” Botanist Dr Hani Al-Zalzala said the Conocarpus tree was brought to Kuwait in 1988 for use in various greening projects and activities. He added that in a short time the Conocarpus plants had a clear impact on the development and improvement of the aesthetic landscape in cosmetic crops after the tree proved its ability to withstand the environmental factors in arid areas.

It is characterized by fast growth that goes beyond many types of known trees, in addition to the dark green color of its leaves throughout the year, and for withstanding the harsh environmental conditions such as high and low temperatures. Al-Zalzala said that the Conocarpus are grown in all kinds of soils including sandy clay, which is a silent soil that is not waterproof and resistant to high salinity.

It is widespread in all parts of the country and has positive effects, some of which are negative, especially when planted incorrectly or when neglected and not cared for. He pointed out that the tree system is superficial, horizontal and highly efficient to track the source of water and benefit from soil moisture, and its root system contains soft root leaves that easily penetrate the gaps of the damaged pipes of the infrastructure, so it must be ascertained that there are no pipes or channels close to the place of cultivation of this plant. Founder of the million-Sidra agricultural project Khalid Al- Hassan said the decision taken by PAAAFR to prevent the cultivation of Conocarpus in the country is irresponsible.

Al Hassan added the decision was taken after the rains and the ‘drowning’ of some areas, as a means to ‘shelter’ the main culprit blaming the tree for blocking the sewage system, calling for the suspension of the decision. He said that this type of tree has many advantages, including the use of its roots and branches as vegetable charcoal, in addition to its ability to convert carbon dioxide to oxygen gas and many other advantages

No Decisions Today On The Ban And Quarantine