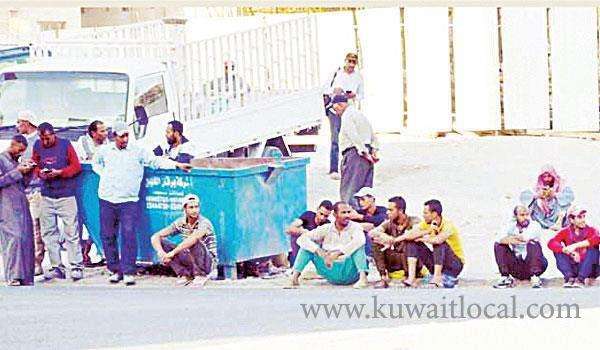 Thirty-five Indian workers from the Indian State of Karnataka are suffering in what is seen as ‘employment fraud’, reports Al-Rai daily quoting the Indian web portal ‘daijiworld.com’.

The 35 workers are all resident of Mangaluru and were allegedly promised lucrative jobs by an employment agency. In a video that has gone viral, the workers claim they went to Kuwait on employment visa through a city-based placement agency. Each one claims to have paid the agent Rs 65,000 service fee. Upon reaching Kuwait, they say they realized they had been cheated.

One of them said, they have been in Kuwait for the past six months and have yet to be paid their proper monthly salaries. In the video message, one of the workers, identified as Abu Bakker is heard saying after taking the money, the company cheated them and are now being threatened to put them in Kuwaiti prisons. “There is no proper employment agreement and the company has not given jobs to a majority of the people who came here.

A few got jobs but have not been paid for the past five-six months. Four people were injured in an accident while delivering food (a majority of the workers got employed as food delivery boys for food service companies), but the company did not give them treatment,” he said.

Following a video appeal to the Mangaluru South MLA Vedavyas Kamath to step in and help them come back to India, Kamath is said to have promised do his best to get them back to Mangaluru.