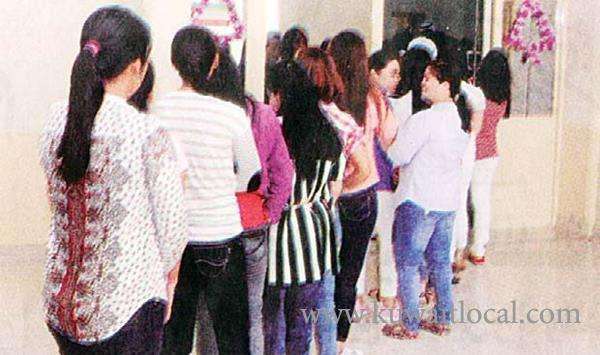 Deputy chairman of Al- Durra company Asi Al- Hajri said, “The company is in the process of restructuring in terms of organizational structures and work plans and moving to new labor markets to attract domestic workers according to the regulations set by the Ministry of Foreign Affairs in agreement with the embassies of the respective countries, reports Al-Jarida daily. Al-Hajri said Al-Durra is working according to the agreements with agencies to bring domestic labor approved by their governments.

He pointed out that if Al-Durra was assisted by the government in achieving its objectives and removing obstacles, prices would fall, in bringing in labor at reduced prices.

Al-Hajri explained that the “embassies provide a certain number of workers of up to fifty workers, and when they are discharged without problems it is possible to bring in 50 more.” He expressed his desire for more numbers, more requests and assistance in facilitating matters.

He said the company is currently dealing with the Philippines, India and Sri Lanka, working with government agencies in those countries, pointing out that its goal is to open new markets through contact with the Foreign Ministry. He pointed out that Al-Durra offers cheaper prices from the market, works with human rights groups, and has signed a protocol with the Human Rights Office in Kuwait to match the terms of employment with human rights principles to improve the image of Kuwait.

As for the current season and the ability of “Durra for labor” to reduce prices, the company has a plan in 2019 to bring at least 9 thousand workers during the year, to reduce prices and attract skilled workers through agreements between the company and embassies of the concerned states to ensure the rights of the laborers.