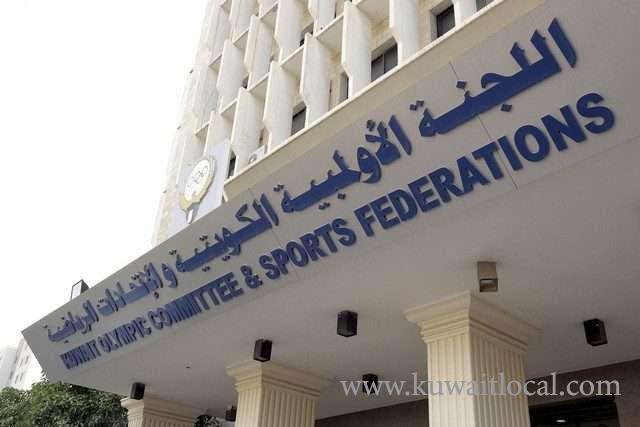 The National Assembly will hold a special session on Sunday for the sole purpose of discussing the sports draft law prepared by the Youth and Sports Committee and there is no other item in the agenda, says Speaker Marzouq Al-Ghanim.

“If we succeed with FIFA in lifting the suspension, we will do the same with other sports federations,” he added. He confirmed the special session is constitutional as per the opinion of constitutional experts in the Assembly. He went on to say the draft law must be approved before Dec 4, 2017 to ensure that FIFA will lift the suspension the next day.

He claimed some parties are trying to stop the special session, disclosing that he met with many MPs and he is sure there will be quorum. He warned that MPs who will not attend the session shall be responsible for young Kuwaiti athletes.

Commenting on the same issue, MP Riyadh Al-Adsani asserted that adoption of the draft law is a national duty and the presence of the government is a constitutional procedure; citing Article 103 of the Constitution which states: “If, for any reason, the Prime Minister or a Minister vacates his office, he shall continue to take charge of urgent matters until his successor is appointed.”

MP Rakan Al-Nisf confirmed his attendance at the special session, stressing the government and parliamentary leadership must clarify certain issues. He pointed out that acting Minister of Commerce and Industry and State Minister for Youth Affairs Khalid Al-Rawdhan should explain the negotiations between the government and FIFA, particularly the guarantee obtained by the government in lifting the suspension. He stressed that being absent in the session is tantamount to abandoning the sports issue, indicating Sunday’s session should put an end to political conflicts in sports stadiums. He hopes the draft law will achieve the aspirations of the sports sector and provide a suitable ground for the development of Kuwaiti sports after many years of suffering from setbacks.

On another topic, MP Saleh Khourshid quoted former Minister of Education and Higher Education Badr Al-Essa as saying that 400 officials in the Public Authority for Applied Education and Training (PAAET) hold forged certificates. He stressed that Al-Essa and his successors must bear responsibility for this, while calling on the incoming minister to take the necessary measures to protect the educational sector.

In addition, acting Minister of Education and Higher Education Dr Mohammed Fares has announced the appointment of Dr Adel Al-Hussainan as head of the fact-finding committee on the forged certificates issue at Kuwait University, replacing Dr Essam Al- Awadi who requested for exempting him from the mission.

Al-Fares revealed the new committee head has requested for extension of the deadline for the committee to submit its final report until the end of December.

In addition, the other files intended for discussion by the committee include organizing the students’ union, and studying the letter submitted by the Parliament’s Budget and Final Accounts Committee with the request to expedite the discussion of the proposal to organize the audit processes carried out by the supervisors of state bodies that are under the control of State Audit Bureau, as well as a number of pending files related to the rights of Bedoun residents.

The committee will also study the proposals to amend Law No. 35/1962 concerning the parliamentary elections, reduce the voting age to 18 years, allow military men and policemen to stand for elections, and set the conditions that prevent an individual from candidacy. The committee will also discuss the file related to appointing senior officials. The concerned proposal is related to setting conditions for the appointment of senior officials such as employing them for a term of four years which can be renewed only once.