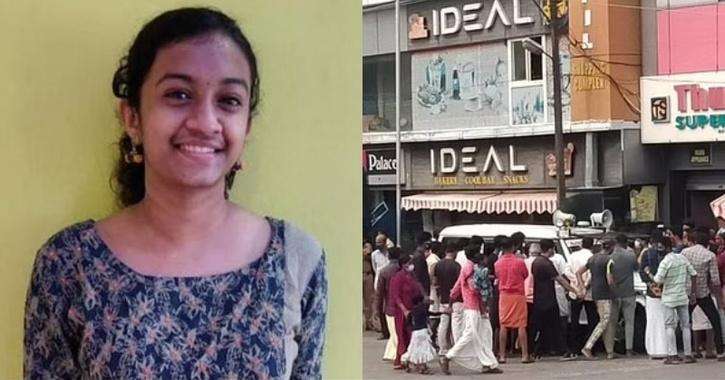 A 16-year-old student died and nearly 18 people were ill after reportedly eating contaminated shawarma from a munchies bar in Cheruvathur, Kasaragod district, in a horrifying incidence of suspected food poisoning.

Her mother has only one kid

Devananda, the sole child of EV Prasanna of Karivellur-Peralam grama panchayat in the Kannur district, has been identified as the dead. Narayanan, her sick father, died five months ago, according to Perlam ward member PV Rameshan.

The mother-daughter duo then proceeded to Prasanna's elder sister's residence in Mel-Matlayi, Cheruvathur panchayat, he claimed.

Devananda was going to enroll in Class 12 at Cheruvathur after finishing class X at AV Smaraka Government Higher Secondary School in Karivellur. Poor food safety precautions, on the other hand, may have taken her life and pushed numerous other young lives to the edge.

A complaint has been filed against the juice business, which has been closed pending the outcome of the inquiry. Police have detained the chef and management of a Shawarma eatery in Kasargod. Today, a post-mortem will be performed on the body of the dead student.

What do the authorities claim?

"A team of physicians including a paediatrician examined Devananda but were unable to save her life," Kasargod Medical Officer stated on Sunday. The remaining 18 pupils have been brought to the hospital and are all in stable condition."

Meanwhile, Minister MV Govindan paid a visit to the hospitalised students and stated that the state government will guarantee that decent food is supplied in hotels throughout the state. The minister stated, "The government will perform inspections across the state to verify that the food provided at eateries is of excellent quality."

Kerala Health Minister Veena George has also ordered a probe into the occurrence and has requested a report from the authorities.

"The store has been shut down, and the cook has been arrested. It's possible that food poisoning is to blame. The matter is being monitored by the Health Department. A special investigation team has also been formed to look into the situation "M Rajagopalan, a member of the Trikaripur Legislative Assembly, claimed as much.

The MLA went on to say that shawarma samples had also been turned in for testing.