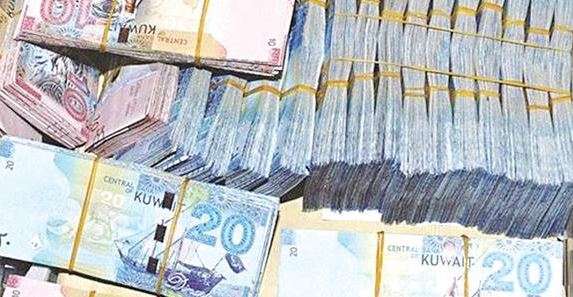 Amid assurances that the government is going to prepare a draft law to regulate the advertising market through social media to prevent it being exploited by the ‘Fashionistas’ as a platform for money laundering operations, a decision has been taken to freeze the accounts of 11 ‘Fashionistas’ and a travel ban has been slapped against them, reports Al-Seyassah daily.

The daily added such news reports of the involvement of Fashionistas in money laundering operations have become a daily affair and the 11 are expected to be summoned for interrogation on the background of money laundering cases because such activities have greatly offended Kuwait’s reputation at the international level.

Well-informed security sources revealed told the daily that the famous media outlets that were covered by the Prosecution’s decisions are identified only as B and H, B, D, G, N, G, G, M, F, F, G, S and H, among them are the media and a well-known contracting company and well-known Social Media personalities in Kuwait and the Gulf countries who market the products.

The sources pointed out, one of them is a woman who organizes domestic and foreign touristic trips and her bank accounts in three Kuwaiti banks are said to have suddenly ballooned.

Explained
The sources explained that “the Financial Investigation Unit and the State Security Agency intensified their investigations after the bank accounts of a large number of what it called the ‘media celebrities’ swelled to millions of dinars after some of them a ‘little while ago’ had deposits of a few hundred dinars but became inflated within a short period of time.

On the other hand, well informed sources indicated that the measures taken recently against the Fashionistas came in response to information received from international institutions which warned Kuwait of the danger of sliding into a regional center for money laundering operations and the dire negative effects that could be inflicted on the country, especially since the American laws see money-laundering operations as financing terrorism.

The sources called on the government to rush to submit a new bill to regulate advertising through “social media” to close the door in the face of money laundering operations, similar to laws in force in the other Gulf countries.