<![endif]-->
Advanced Search
3 Bangladeshis And One Of The Most Wanted Drug Dealer In Kuwait Were Arrested
Category: Crime News 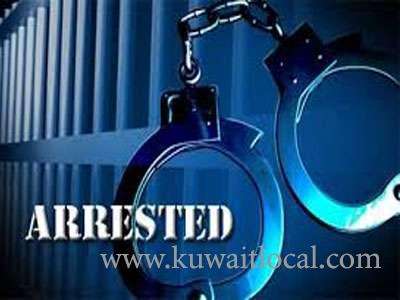 Three Bangladeshis including one of the most wanted and dangerous drug dealers in Kuwait were arrested in Jleeb Al-Shuyoukh area in possession of a bag of heroin, 144 narcotic pills, KD 152 cash, and gambling tools, reports Al-Rai daily.

According to sources, security forces, based on directives from Farwaniya Security Director Major General Rakan Al-Enezi to intensify security deployment in various areas of Farwaniya Governorate, were patrolling near that gambling zone when they noticed three people sitting on the ground in a circle.

Upon noticing the patrol officers, the three suspects started to run in an attempt to escape but they were chased by securitymen until they were arrested before they reached their hideouts among the residential buildings.

When arrested, the three suspects were found to be in a disoriented state. Securitymen checked their details to discover they are Bangladeshis, and one among them is wanted by the Drugs Control General Department, as he is one of the most dangerous drug traffickers in Farwaniya Governorate and there were arrest orders issued against him.

After finding the above mentioned items, the suspects were arrested and referred with these items to the Drugs Control General Department for necessary legal action.