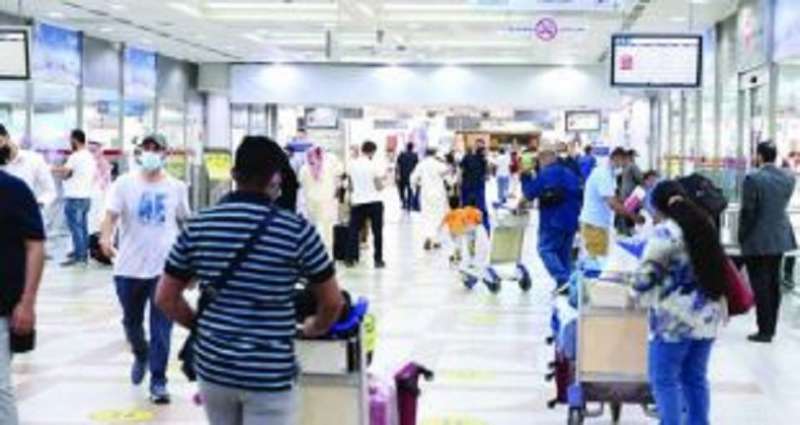 The Deputy Director-General for Employment Affairs at the Public Authority for Manpower, Abdullah Al-Mutatah, said 59,000 expatriate workers have left the country voluntarily following the outbreak of the Corona pandemic, due to several reasons, reports Al-Rai daily. Al-Mutatah said, in a television interview, “It is necessary to differentiate between the departing individuals and those who were unable to enter Kuwait,” noting that “those who left voluntarily (59,000) are unlike those who were deported from the country with the help of the Ministry of Interior after placing in government shelters prior to their departure. They were the residence and labor law violators and those reported absconding by their respective sponsors.

He added, according to statistics, from Jan 1 to Sept 30, this year 666,000 renewal transactions were complete (online), 146,000 residence transfers, in addition to 28,000 work permit cancellation. The Ministry of Education, in cooperation with its interior counterpart, issued about 700 entry visas for stranded teachers and a number of them have already arrived in the country, reports Al-Anba daily quoting sources. Sources said these teachers are required to undergo medical checkup before they start working. Sources clarified that based on the medical report from the Ministry of Health, the employment contracts of those whose medical test results indicate ‘unfit’ or ‘infected with the C virus’ will be terminated, they will be paid their dues and they will be asked to leave the country.

The labor departments of the Public Authority for Manpower (PAM) are entertaining business owners and will issue them commercial entry visas if they wish to recruit laborers from abroad following the approval given by the Supreme Ministerial Committee for Corona Emergencies in the Council of Ministers to grant work permits and commercial entry visas for all activities related to food security including producers, manufacturers and suppliers, reports Al-Jarida daily quoting reliable sources.

According to PAM sources business owners whose companies are registered with the authority can complete their transactions and will be granted permits after completion of procedures following which decisions will be issued to regulate recruitment mechanisms. The sources said the labor departments are entrusted with issuing permits directly, without the need for the approval of the ‘Corona Emergency Committee’ — a step that will facilitate business owners, especially since this service is currently not available through the authority’s automated system. The six activities approved by the Ministerial Committee are farm labor, restaurants, food supplies and bakeries, hunting and selling fish, livestock and poultry breeders, dairy producers, factories and food suppliers and their shopping centers, and water and beverage bottling companies. The sources expect to add new activities soon, especially the factories, to fill the severe shortage of workers, which the market is currently suffering from.