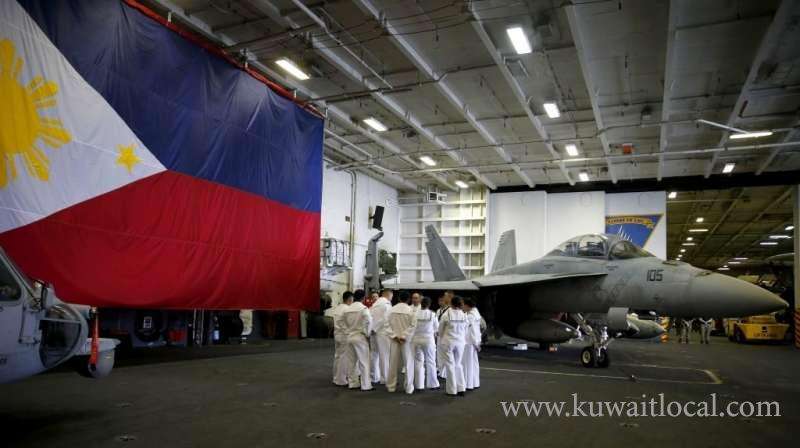 The Philippines will lodge a protest over the unannounced presence of two Chinese research vessels in its exclusive economic zone (EEZ), one of at least three diplomatic challenges in recent weeks amid a souring of relations.

The protest comes ahead of President Rodrigo Duterte’s planned visit to Beijing this month, during which he has promised to raise Manila’s South China Sea international arbitration victory over Beijing with leader Xi Jinping, having avoided confronting the thorny issue for three years. Historically frosty bilateral relations had warmed under Duterte, but he is looking increasingly awkward in defending his controversial approach to China amid constant activity by its coastguard, navy and paramilitary fishing vessels in Philippine-controlled areas of the South China Sea. “Firing off diplomatic protest,” Foreign Affairs Secretary Teodoro Locsin said in a Tweet on Friday.

The Philippines has protested the presence of more than 100 Chinese fishing vessels off Thitu island, a tiny island it holds near China’s militarised artificial island at Subi Reef. It also protested the unannounced passage of Chinese warships within the Philippines 12-mile territorial sea, which Defence Secretary Delfin Lorenzana on Friday said had happened on several occasions since February, most recently in July.

The latest protest centres on the lingering presence of two Chinese scientific research boats off the Philippines’ Pacific coast, within the 200 mile EEZ. Lorenzana told news channel ANC that like other countries conducting research, or moving warships near its coastline, China should have informed the Philippines about it. “We can always protest to the Chinese government. It’s telling them we know what you are doing and please tell us what you are doing there,” he said. China’s embassy in Manila did not immediately respond to a request for comment. Duterte late Thursday called for a quicker creation of a code of conduct between Southeast Asian countries and China for the South China Sea, a conduit for in excess of $3.4 trillion of goods each year.

The Philippines, China, Vietnam, Taiwan, Brunei and Malaysia have overlapping claims of sovereignty within the South China Sea. Via its nine-dash line on maps, China says it has historic jurisdiction to almost the entire sea, although the 2016 arbitral ruling declared that invalid under international law.

19 Dead and 127 Injured after Air India flight crashlands in Kozhikode, breaks into two 19 passengers died and 127 were injured, including 15 seriously, when a plane coming from Dubai met with an accident at Karipur airport in Kozhikode, Malappuram Superintendent of Police (SP) said on F... August 07, 2020 0 6213 Category: India

3 Stage Plan For Return of Expats - MOI High sources revealed Alqabas  that the return of residents to the country will take place according to 3 successive stages, during which priority will be according to the needs of the state, wit... August 07, 2020 1 4394 Category: Expats

Allow Entry To Non-Kuwaitis From The 31 Banned Countries Who Are Related To A Kuwaiti The General Administration of Civil Aviation issued a circular to airlines operating at Kuwait International Airport allowing non-Kuwaiti passengers who have a relationship with a first-class Kuwaiti ... August 09, 2020 0 4350 Category: Travel

After Days Of Waiting, First Flight Left To India From Kuwait Today After a long wait of more than three weeks, the flight to India resumed from Kuwait international airport today with the first flight carrying 322 Indians stranded here to Delhi. The flight, arrang... August 11, 2020 0 4291 Category: Kuwait

Steps To apply for Renewal of Kuwait Society Of Engineers (KSE) Membership And No Objection Certificate Online If you hold a engineer visa KSE membership is must and you have to renew it Every Year, Below we will explain the process about renewal KSE membership and applying NOC, this process is for who already... August 10, 2020 0 3300 Category: Kuwait Society of Engineers 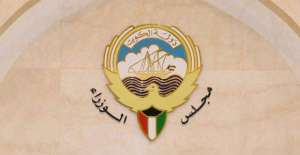