<![endif]-->
Advanced Search
Over 12,000 Indian Engineers In Kuwait Call On The Indian Government To Resolve The Certificate Issue
Category: India 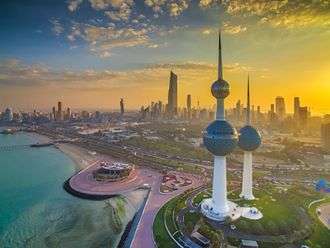 In Kuwait, thousands of Indian engineers have requested their government to assist them in obtaining a no-objection certificate (NOC) from the Kuwait Society of Engineers. It is mandatory for engineers who have graduated from colleges or institutes that are not accredited by the Indian National Accreditation Board (NBA) to obtain such a certificate, according to Al-Rai daily.

About 12,000 Indian engineers working in Kuwait are currently experiencing problems obtaining a no-objection certificate, according to Kuwait Engineers Forum, a registered association with the Indian Embassy. Since the Indian National Board of Accreditation (NBA) was established before the Kuwait Society of Engineers, 800 applications have been rejected because the applicants graduated from colleges before then.

One of the engineers whose application was rejected by the Kuwait Society of Engineers said: "I have worked as an engineer for 20 years in Kuwait. In 1993, I graduated from an Indian engineering college under the Indian Council of Technical Education (AICTE). Before 2005, there was no National Accreditation Board."

Getting accredited
The Kuwait Society of Engineers has now made NBA accreditation mandatory. Despite having a valid residence for the next 3 years, the association rejected my application for a no-objection certificate, so we cannot work in Kuwait without one. There are thousands of Indian engineers in Kuwait who face the NOC problem and may lose their jobs," he said. This problem began in 2018 with the process of re-accreditation of engineering degrees through NOC interviews. And later — in the year 2020 — Kuwait began accrediting engineering certificates again after they were re-sealed by the Kuwaiti Ministry of Foreign Affairs.

Kuwait began the process of reaccrediting engineering degrees this year through a third party. Last but not least, Kuwait Society of Engineers has set its own requirements for Indian engineers, requiring them to obtain Indian National Board of Accreditation (NBA) accreditation after four years of engineering study.

The association now requires that engineering degrees include a full course of study. One of the threatened engineers was quoted in the newspaper as saying, "Indian engineers working in Kuwait face great difficulties just because a few people may have submitted fake engineering certificates or forged documents. While the Kuwaiti government has the right to punish these people if found guilty, real engineers should not be treated the same way."

According to another engineer: "Most Indian engineers who have families in Kuwait have expired residences since the pandemic, and they are currently living on temporary extensions, which causes a lot of stress and turmoil in their lives.". In Kuwait, many engineers have lost their jobs and residence permits, and thousands more will lose their jobs if they cannot obtain Kuwait Society of Engineers no-objection certificates. This situation will threaten the family of engineers if the Indian government does not act quickly."