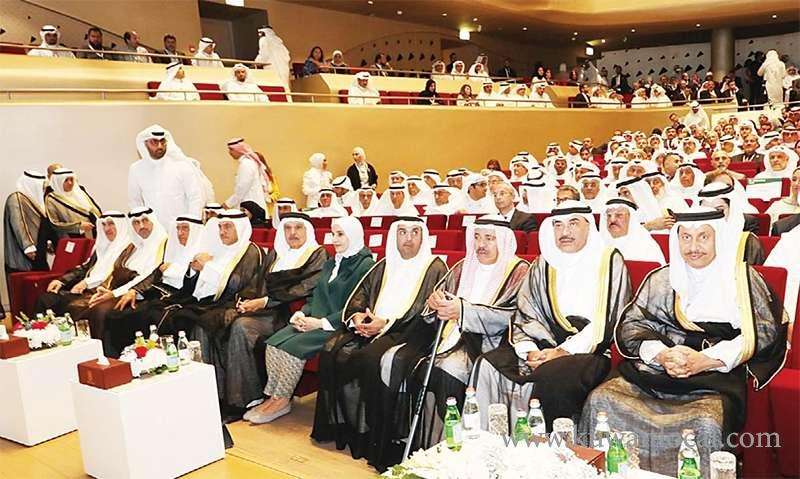 Oil industry is facing major challenges affecting oil-producing countries, Minister of Oil and Minister of Electricity and Water Khaled Al-Fadhel said on Sunday. Al-Fadhel made the statement during the opening ceremony of the fourth Kuwait oil and gas conference and exhibition held earlier in the day, under the patronage and in the presence of His Highness the Prime Minister Sheikh Jaber Al-Mubarak Al-Hamad Al-Sabah.

The challenges include developing the techniques of oil production and refining, digitizing product marketing, climate change and the risks of cyber terrorism, the minister told the conference. Despite changes affecting the global oil industry, Kuwait has been committed to maintaining stability of global oil prices, in a way that does not negatively impact development march of oil-exporting countries, he noted.

He stated that the oil markets have dealt with the volatility of prices, thanks to the unprecedented commitment to the implementation of what has been agreed upon among the members of the Organization of Petroleum Exporting Countries (OPEC).

He pointed to the role of Kuwait in boosting cooperation among member states and its commitment to restoring stability to the oil markets. He stressed the need to attract developed world expertise and boost the country’s technical capabilities.

Al-Fadhel extolled the country’s pioneering and distinguished role on both local and international levels in all aspects of the oil and gas industry. “We always work on developing and bringing the latest technologies in the oil industry, and seeking to benefit from advanced technological methods,” he said. He stressed Kuwait’s faith in concerted efforts to protect the Earth from the risks of climate change. “Kuwait as an oil producing country works on adapting the oil industry to reduce greenhouse gas emissions in the atmosphere and qualifying oil operations to become environment friendly,” he said. He indicated that the Kuwaiti oil sector is taking into consideration climate change conventions and partaking in international events to aiming it protect the environment.

The ceremony was attended by Deputy Prime Minister and Foreign Minister Sheikh Sabah Khaled Al-Hamad Al-Sabah and Deputy Prime Minister and Minister of State for Cabinet Affairs Anas Al-Saleh as well as a number of ministers, and some senior officials of Kuwait Petroleum Corporation (KPC), its subsidiaries and the Prime Minister’s Diwan. During the festival, some speeches were delivered by Minister of Oil and Minister of Electricity and Water Khaled Al-Fadhel, KPC executive president Hashem Sayed Hashem, CEO of Kuwait Foreign Petroleum Exploration Company (KUFPEC) Sheikh Nawaf Saud Al- Sabah and President of the International Petroleum Society Sami Al Naim.

In a press statement after the ceremony, His Highness the Prime Minister lauded the big participation of Arab, national and foreign companies as well as international organizations in the conference. He said the remarkable participation of these institutions confirms Kuwait’s distinguished reputation and embodies its pioneering position in oil industry and energy.

His Highness the Premier noted that the conference is a big event for those who are exploring available investment opportunities. He pointed out that the conference also is a chance to share expertise and display the latest techniques and achievements, and focus on obstacles facing the oil and gas energy. His Highness the Premier expressed his confidence in Kuwait’s human resource working in this field.

He stressed the full government’s support to create a developed and healthy workplace environment to be able to enhance productivity of oil institutions. Kuwait Petroleum Corporation (KPC) is focusing on enhancing oil exports and ramping up gas production as part of its 2040 growth strategy, the chief executive of the state-run company said on Sunday. “We are deploying new technologies for our maturing fields for smart and effi- cient operations. We are moving towards an integrated value chain from our reservoirs to our petrochemicals complexes,” Hashem Hashem told an energy industry conference in Kuwait City. He said that KPC was also focusing on offshore oil exploration and is developing its petrochemicals industry.