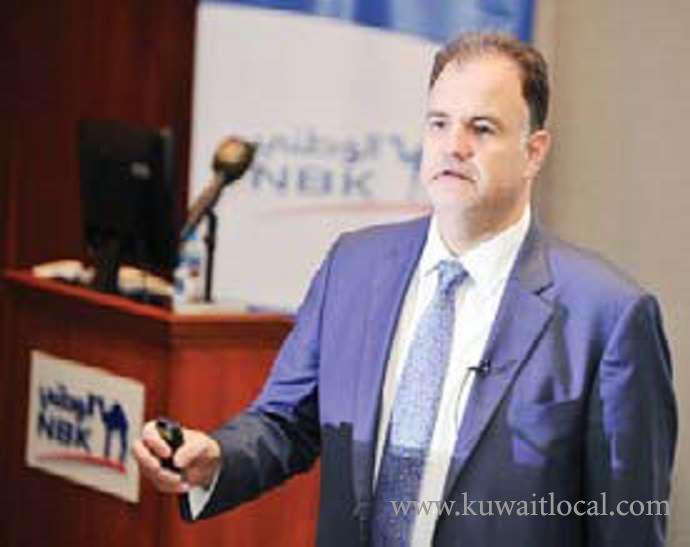 ■ Passive investing theme: Dr Husayn, spoke at length on the recent trend in preference for passive investing among investors and shared an insightful analysis on the increasing popularity of passive investment strategies in developed markets as seen in trend in asset flows across the globe. The ongoing trend in passive investing supports the growing importance of globally followed benchmarks like MSCI Emerging Market index and FTSE Russell Emerging Market index, which track sizeable assets across emerging equity markets. He emphasized that Kuwait, a FTSE Russell Emerging Market constituent and a potential entrant in MSCI EM index, is likely to be immensely benefit in terms of notable fl ows going forward thus paving way for greater foreign participation.

■ Index Classification: He further presented on the major global index providers/ indices that play a critical role in shaping and influencing investment strategies globally. He also discussed the rationale behind country classification, delved deep into developed, emerging and frontier countries as classified by MSCI and FTSE, and provided an insight on the constituents of the emerging market indices.

He highlighted that the success of the FTSE upgrade has been a function of a slew of reforms achieved by Capital Markets Authority (CMA) and Boursa Kuwait. He briefly touched upon notable initiatives like change in settlement cycle, change in tick sizes, market segmentation etc. which have been successfully achieved over the recent past. He lauded the ongoing initiatives of Capital Markets Authority (CMA) and Boursa Kuwait, which broadly aims at reforming the existing regulatory, operational and organizational framework to align with international standards which is also likely to make the investment case for Kuwait stronger. He further commented on expected flows and discussed in detail the inclusion process for Kuwait. He highlighted that Kuwait’s inclusion is likely to attract passive inflows of around $800- 900 million in addition to active flows.

Dr Husayn also spoke about Kuwait’s potential inclusion in MSCI EM index, which could happen by June 2020, provided MSCI decides to upgrade Kuwait to emerging market status by June 2019. This is likely to further support Kuwait’s overall investment case, which offers investors the right mix of fundamental attractiveness and fund fl ow related catalysts. He highlighted that high oil prices, solid macro-economic outlook resulting in healthy earnings growth across key sectors is likely to underpin Kuwait’s fundamental outlook. This when supported with the second tranche of FTSE flows (expected to be around $400-450 million) which will be effective from Dec 24, 2018 (majority of trading expected on Dec 20, 2018) is likely to strengthen the case for Kuwaiti equity market.

He highlighted that these structural developments will be key for the GCC region as a whole and its increased prominence among global investors going forward. The region’s potential increased weight on the index coupled with relatively low foreign ownership of companies will likely lead to increased participation from foreign institutional investors.

Dr Husayn concluded his presentation with a discussion on institutional investors and their role in shaping any market. Finally, in response to questions from members of the media teams, Dr Shahrur clarified the following: Managers of passive funds typically have some flexibility of rebalancing their portfolios and do not necessarily have to buy all the quantities they require on the day of the upgrade implementation. Typically, ahead of passive flows, active managers try to capitalize on the upgrade event and position their funds in the stocks that are expected to be part of the index.

Consistent with this, the Kuwait Bourse saw an 80% increase in foreign funds flows in the first eight months of 2018 as compare to the same period of 2017. It is expected that there were significant foreign inflows in September, especially on Sept 20. When the September data is released, this will be evident. However, the net figures need not be very close to the amount expected from passive funds.