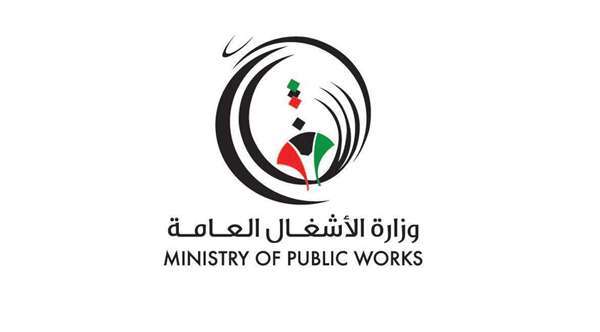 Ministry of Public Works wasted 17.5 million dinars of state funds selling treated water to a company over 14 years, reports Al-Qabas daily quoting a report released by State Audit Bureau. Report added the Ministry of Public Works has been providing one agricultural production company with treated water on a quarterly basis despite their contract ended since 2006 and the ministry’s behavior also caused a court ruling in favor of the company to drop the debt owed to the ministry.

The contract was concluded between the two parties in 1976 for a period of 15 years and renewed once by the Ministry of Public Works during which the company used to pay the Ministry the cost of the water on the basis of lists issued by competent authorities, which at the time set 10 fils for a thousand imperial gallons of water.

It stated the company had informed the Ministry in 2006 of its unwillingness to renew the contract in opposition to the Ministry of Public Works accounting for it – based on a new price specified by Resolution No. 20/2002 of Cabinet, which is 100 fils per a thousand gallons of triple-treated water and 200 fils for treated water quarterly, but since the contract expired on June 21, 2006, no legal contract is in effect between the two parties until date.

It pointed out that the Ministry continued to provide the company with water despite its failure to pay the outstanding sum worth 17.5 million dinars, which represent the difference between the price it pays and the price set by the ministry- according to cabinet’s decision. Report indicated a court had been resorted to as a way of ending the dispute, and the case deliberated for years, during which the Ministry of Public Works continued to supply the company with water.

“This caused the issuance of the Court of Cassation ruling in 2019 that accepted the appeal filed by the company against the ministry, and accordingly, the aforementioned debt was dropped as proof of the ministry’s continuity in supplying water to the company despite the end of its contract”.

Meanwhile, for the second consecutive year, the State Audit Bureau criticized the Ministry of Public Works’ inaction in collecting its dues from contractors immediately after verifying that they violated the terms of the contract, reports Al-Qabas daily.

In its most recent report, the bureau said the ministry resorted to recording these amounts in the account of debts owed to the government without justification, which is in violation of the rules for implementing the budget. It revealed that these funds amounted to a total of KD 42.8 million owed by 15 contractors. The bureau indicated that the ministry’s behavior has led to an increase in the balance of the debt account owed to the government without justification.

Deduct
It called for the need to deduct delay-related fines as soon as they occurred, in implementation of the contractual conditions to preserve the rights of the ministry.

In response to that observation, the Ministry of Public Works explained that the ministerial resolution 26/2018 provides for application of the delay-related fine and not to postpone it except in cases that the competent technical sector deems to be postponed based on a detailed report submitted to the minister that indicates the circumstances and situations of each case separately.

The decision also stipulates the existence of dues of the contractor with the ministry that are sufficient to pay the fines. All sectors are addressed regarding the application of the delay-related fine and the absence of any deferred payment certificate for the application of the fine, in implementation of the aforementioned ministerial decision.