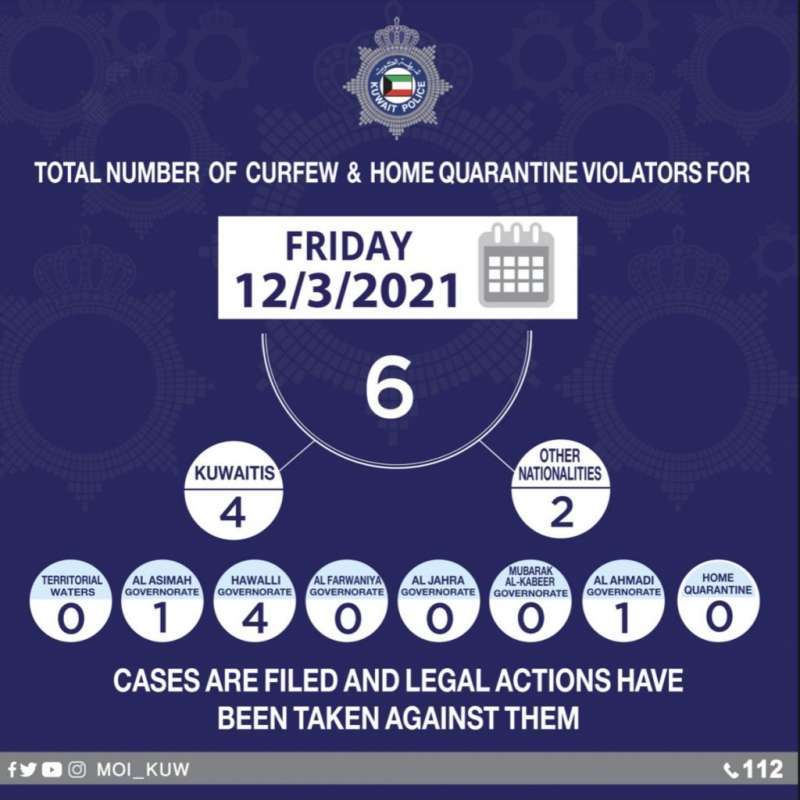 The Ministry of Interior announced it had arrested 6 people for violating the curfew in all governorates, including 4 Kuwaitis and 2 non-Kuwaitis, and referred them to the competent authority. The ministry stated the Ahmadi governorate recorded 1 cases of breaking the curfew, Hawalli 4, and the Capital Governorate 1. In a related context, security sources said the Ministry of the Interior has stressed the violators of the curfew were caught especially in the chalets, farms and on the bridges, and that the women violators of the curfew are dealt with by the women police officers and are referred to the concerned authorities. However, Minister of Interior Sheikh Thamer Al-Ali continues with his security tours at the checkpoints, and the Undersecretary of the Ministry, Lieutenant-General Essam Al-Naham, continues his tours to inspect the security checkpoints to ensure the smooth handling of the situation and ensure those on the road during the curfew have the permit. 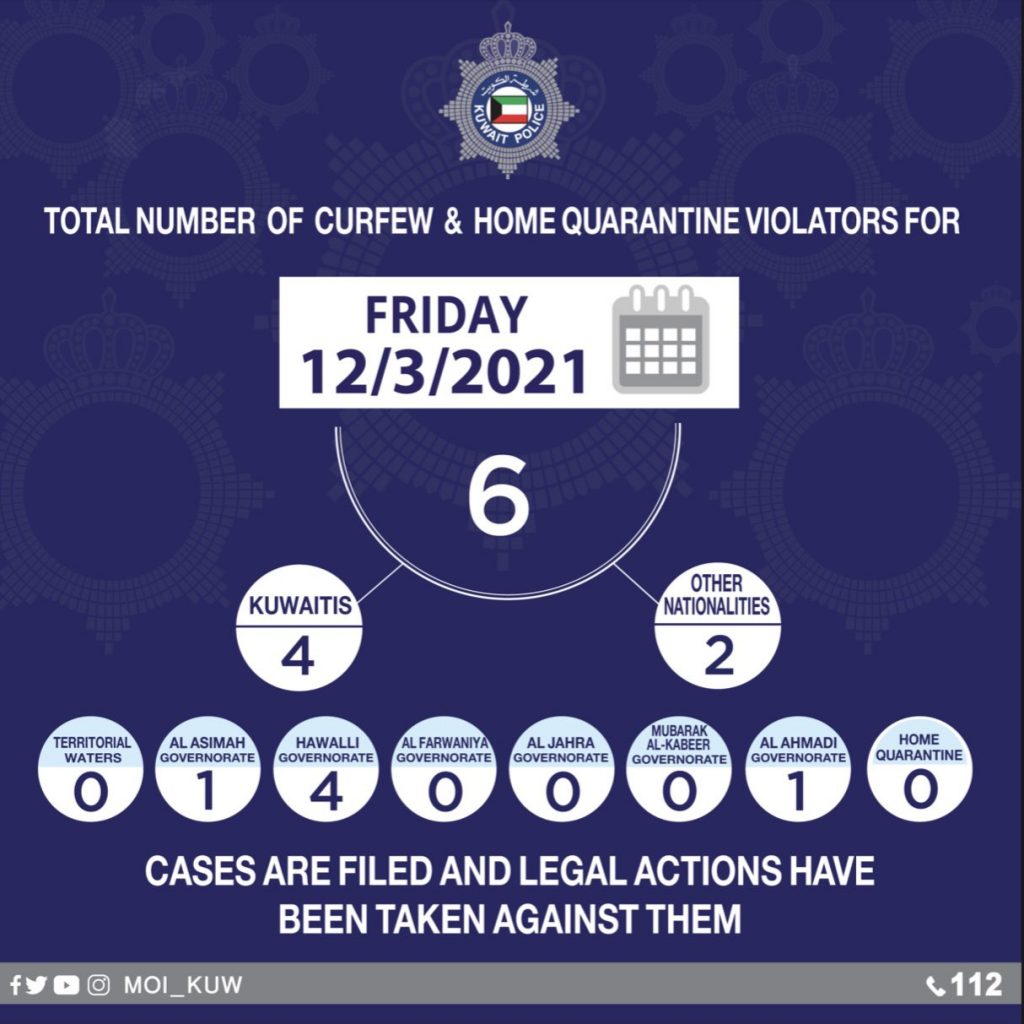 Meanwhile, the deputy head of the judicial seizure team and a member of the bachelors committee at the Ministry of Electricity, Water and Renewable Energy, Ahmed Al-Shimmari said over the past 10 days the committee has issued 600 verbal warnings to those violating Law 48/2005, Ministerial Resolution 121 of 2017, and Ministerial Resolution 255 of 2010. In a statement to Al-Seyassah, he stressed the team will continue its mission to confront violations that threaten the integrity of the country’s electrical grid, which is one of the nation’s capabilities which must be preserved and protected from violations and called it a red line and that violations will not be tolerated.

Al-Shimmari said the campaign during the aforementioned period in the northern region, especially the industrial zones, after several reports were received about serious violations of laws and regulations and reconnection of the power supply illegally after it was disconnected the ministry in coordination with the concerned authority took all measures, including cutting the power supply to these violators. Al-Shimmari called for the need for real estate owners in the commercial, investment and industrial sectors, and even private housing, to warn the caretakers of those building and those responsible for buildings not to tamper with the power network and water service facilities and stay away from secondary power transformers.