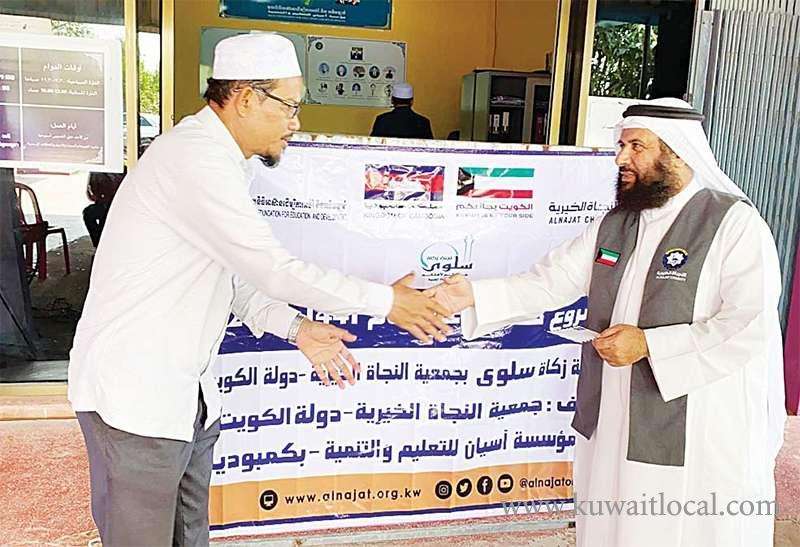 The European Union (EU) has increased its footprint in the Gulf this year by opening a fully-fledged EU Delegation to Kuwait to deepen its engagement both with Kuwait and other GCC countries. H.E. Ambassador Cristian Tudor, Head of Delegation of the EU to Kuwait met with representatives from local Kuwaiti media to discuss pertinent aspects of the EUKuwait relations with a special emphasis on people-topeople ties and interactions.

“On May 9 1950, Robert Schuman, Foreign Minister of France, set out his idea for a new form of political cooperation in Europe, one which would make war between Europe’s nations impossible. Since then, together, we have built a continent promoting peace, sharing prosperity and human development. Choosing cooperation over confrontation, Europeans built in these 69 years, the most successful peace project in history. Since then, the EU has adapted and taken on new challenges,” Ambassador Tudor remarked.

He continued, “This year an important milestone was reached in cooperation between the European Union and our Arab neighbours, with the first-ever EU-Arab League Summit in Sharm El Sheikh, Feb 24-25, in which HH the Amir of Kuwait played a key role. Consensus was reached on important regional issues such as the Middle-East Peace Process but also on building further linkages between our peoples.”

He reiterated the words of Federica Mogherini, High Representative/ Vice- President, at the opening of the Delegation of the EU to the State of Kuwait on July 14, 2019 that hailed Kuwait as ‘a voice of wisdom and a force for peace’ and a ‘natural partner’ for the EU in difficult times.

He informed that the EU considers the State of Kuwait as an increasingly important partner and “our ambition is to have a comprehensive and multi-dimensional cooperation covering political dialogue, economy and trade, sectoral and regional cooperation”.

“The relations between the EU and Kuwait have been historically strong. Kuwait has played a key role in promoting region-to-region engagement between the EU and the Gulf Cooperation Council (GCC) under the framework of the 1988 EU-GCC Cooperation Agreement. More recently, our bilateral relations have experienced a major impetus. Kuwait was the first country in the Gulf to sign a Co-operation Arrangement with the European External Action Service (EEAS) in July 2016, that provides a platform for regular political consultations covering common regional challenges in the Middle East and beyond. It also provides for sectoral consultations in the fields of energy (including clean and renewable energy), security and counter—terrorism, development cooperation and other areas of mutual interest.”

He stated that economic ties between the EU and Kuwait were an important focus of the bilateral relationship. The EU is the third largest trade partner for Kuwait according to 2018 figures. “The two sides are engaged in regular dialogue on trade and investment and macroeconomic issues under the GCC framework. The EU is keen to enhance this dialogue in support of Kuwait’s ‘Vision 2035’ to diversify its economy, building up on the long-established ties that EU Member States enjoy with Kuwait,” he added. He noted that EU cooperation with Kuwait was anchored around the GCC and praised Kuwait’s role and the efforts of HH the Amir in trying to bring a resolve to the Gulf rift. He highlighted many areas of cooperation. Kuwait and the EU co-chaired the 3rd EU-GCC Business Forum with the strong support of KDIPA, the Kuwait Chamber of Commerce and the Supreme Council for Planning and Development earlier this year.

Highlighting people to people exchanges, he shared that business to business dialogue, education and parliamentary exchanges as well as cultural diplomacy was rampant. The visit of a delegation from the European Parliament

last December that was hosted by the National Assembly should be followed by a return visit to Brussels by Kuwaiti parliamentarians, he informed. The EU awarded the EU-GCC Human rights Chaillot Prize to LOYAC, the Kuwaiti non-profit organisation working on professional development and personal growth of young people, in recognition of its work in empowering youth and in enriching civic and cultural life in Kuwait.

The EU also regularly supports cultural and educational activities in Kuwait, in partnership with local civil society organisations. In terms of cultural diplomacy and people-to-people relations, the EU also sponsored the 2nd and 3rd annual LAPA Festivals of Art and Dance.

A total of five workshops and seminars were co-organised during the past year with the Kuwait Society for Human Rights, LOYAC and the Kuwait Women’s Cultural and Social Society, demonstrating strong relations. “Kuwaiti people and civil society in Kuwait are thus an integral part of the relations between the EU and Kuwait. On a people-to-people level, the EU offers the opportunity to students, researchers and higher education and research institutions from Kuwait to participate in Erasmus+ and the Marie Sklodowska- Curie Actions, with special funding allocated to support candidates from the Gulf region.”