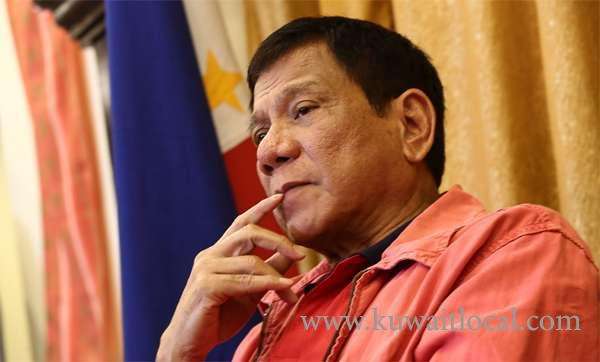 Kuwait has invited Philippine President Rodrigo Duterte to visit, state news agency KUNA said on Monday, as the countries seek to settle their differences over allegations of extreme abuse of migrant workers in the wealthy Gulf state. After the body of a Filipino was discovered in a freezer in a Kuwait apartment, Duterte arranged free flights for workers wishing to leave — an evacuation that Kuwait said was an unnecessary escalation of a diplomatic rift.

The Philippines suspended sending workers to Kuwait in January after reports that abuse by employers had driven several to suicide. Kuwait’s Deputy Foreign Minister Khalid Al-Jarallah said on Monday that the two countries had agreed to sign a deal to regulate working conditions. “We proposed to the Philippine authorities to resolve and contain these issues and not to escalate them in the media. There was agreement on this … and we received a response,” he was quoted as saying.

Meanwhile, Al-Jarallah went on to say that the parliamentary committee has been assigned to investigate the Filipino President’s comments, pending a report to be referred to Parliament.

On the meeting, the Kuwaiti deputy foreign minister noted that prices of domestic service, which have gone through the roof as of late, was among topics discussed. “We are working closely with our embassies abroad to address this issue,” he added.

Two planes full of workers arrived in Manila from Kuwait last week on flights provided for free by commercial airlines at the president’s request. The Philippine labour minister has said more than 2,200 Filipinos were ready to take up the offer to be repatriated.  It was not immediately clear if Duterte had accepted Kuwait’s invitation for him to visit in early March.