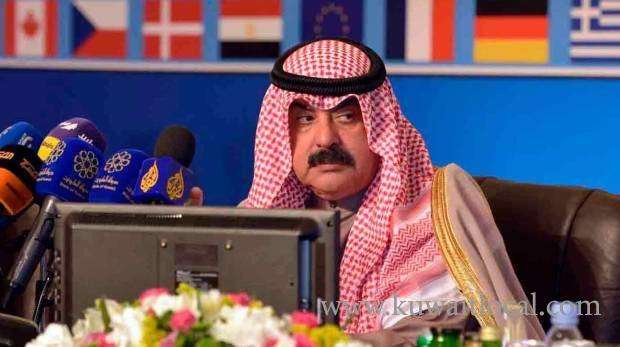 Iran’s interference in Arab domestic affairs and its spread of terrorism represent a grave menace to the security and stability of the Arab region, Kuwait’s Deputy Foreign Minister has said.

“Despite Kuwait’s efforts to open up communication channels for dialogue between Arabian Gulf countries and neighbouring Iran with a view of enhancing regional security and stability, the Islamic Republic continues to interferein domestic Arab affairs,” Khalid Al Jarallah told the 148th regular ministerial session of the Arab League Council in Cairo.

“The countries in the region still suffer from these interferences, the latest of which took place in my country in what is known as ‘Al Abdali case’ which impacted Kuwait’s efforts to revive dialogue between Gulf Cooperation Council (GCC) member countries and Iran,” he said, quoted by Kuwait News Agency (Kuna) late on Tuesday.

On August 13, 2015, Kuwait’s Interior Ministry said that it busted a terrorist cell and uncovered a large cache of arms, ammunitions and explosives hidden underground at a farm in Abdali.

On September 1, 2015, Kuwait’s public prosecution said 26 defendants, including one Iranian, would stand trial for the possession of weapons, ammunition and explosives and espionage for Iran and Hezbollah.

The trial opened on September 15, 2015 and the criminal court on January 12 ruled death sentences for the Iranian in absentia and for a Kuwaiti defendant.

It also decided a life sentence for one suspect and prison terms for the others ranging from five to 15 years.

On June 18, 14 suspects fled to Iran after they used small boats to reach international waters where an Iranian vessel was waiting for them, but Kuwait’s ministry of interior said the report could not be verified.

The ministry published the pictures of the 16 convicts wanted by the police in an effort to help people identify and report them.

1) Iran to accept international arbitration to settle its dispute with the United Arab Emirates over the three UAE islands occupied by Iranian forces;

3) Conference to take place on November 12-13 in Kuwait to discuss the suffering of Palestinian children under the Israeli occupation;

4) The efforts of Syria’s UN special envoy to be supported in reaching a compromise deal among warring parties to pave the way for political transition;

5) A resumption of political dialogue to resolve the Yemeni crisis; and

6) Conference to be held on the rebuilding of Iraqi cities affected by the war against Daesh.