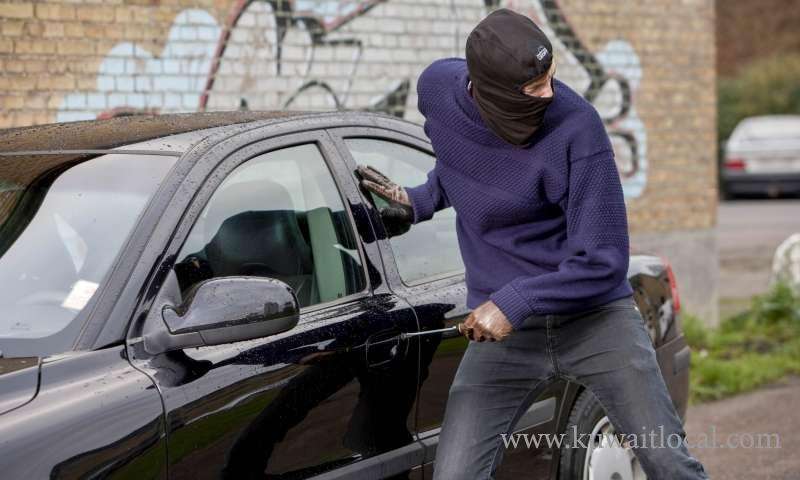 The Criminal Court acquitted two minors of stealing the car of a company representative (mandoub) at knife point and attempting to sell the car at the scrapyard. The Public Prosecution charged the minors with stealing money and personal belongings of the victim along with using violence as stated in a medical report. They reportedly damaged the car which belongs to the company where the victim is working. Case files indicate the suspects signaled for the victim to stop and asked him to transport them to a certain place. He rejected the request so one of the suspects attacked him and opened the car door to steal his wallet which dropped on the seat along with his mobile phone. While attempting to retrieve his belongings, the other suspect stabbed him with a knife. This enabled them to steal the car and sped off. The damages on the car, based on the assessment of the company’s consultant, were estimated at KD2,800. The defendants’ lawyer, Attorney Esmat Al-Kharboutli, questioned the testimonies of the witness and the victim, saying they were inconsistent. She also argued that the documents lacked evidence to indict her clients.

Decision cancelled
The Criminal Court cancelled the decision to sentence a citizen in absentia to 15 years in prison for attacking and threatening to kill a female Kuwaiti public sector employee and her daughter in a bid to force her to withdraw the sexual harassment case against him. The accused hit the woman in public, held her from the back, put his hand in her collar and touched her breast. The brother of the accused hit the woman’s daughter when she tried to defend her mother. A securityman tried to rescue the woman and her daughter, but the accused and his brother attacked and insulted him. Attorney Ali Al-Wawan, lawyer for the accused, asked the court to cancel the decision citing Article Four of the Penal Code which stipulates cancellation of the penalty 10 years after issuing such a decision.

Verdict upheld
The Court of Appeal upheld the decision of First Instance Court that acquitted one of ten individuals accused of forgery, embezzlement and tampering with official documents. The first defendant was accused of cooperating with nine others to manipulate sick leave certificates with the aim of embezzling funds, and the court refrained from issuing a verdict against them, while the decision to sentence the ninth person in absentia to five years in prison is yet to be determined due to statute of limitation. Charges were filed by the Public Prosecution on behalf of the Ministry of Health against the defendants -nine citizens and a Bedoun- who worked in different governmental authorities for their involvement in forgery, tampering with official documents, and embezzlement. The first defendant represented by Attorney Bashar Al-Nassar insisted on the innocence of his client by presenting circumstantial and substantial evidences to back his claims. He described the accusations against his client as malicious, while all defendants have denied the charges.