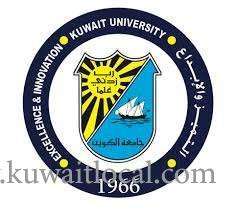 Deputy Director of Kuwait University for Research Dr Haidar Behbehani has opened the doors of the university to individuals and institutions interested in supporting and funding scientific research, reports Al-Qabas daily.

Having said this, he pointed to the budget allocated to the research sector which he called ‘limited’ and has decreased over the past years, and that some researches need support or funding for the time being.

Behbehani told the daily many institutions in the country support scientific research at the university, such as the Kuwait Foundation for the Advancement of Sciences (KFAS), which opens its doors twice a year to receive requests from researchers seeking support and funding for their scientific researches. He disclosed, there is a joint committee between the research sector and the university especially established for this purpose.

He pointed out that other institutions and companies support the research sector under specific objectives that seek to achieve them. They specify or request research work on a specific issue in order to provide solutions or work of their own studies. Such research is fully funded by them to achieve its desired goal.

He stressed that the research sector hopes that the concerned government authorities will increase the budget allocated for scientific research in the coming years so that the sector can implement its plans, objectives and projects as required without problems or difficulties.