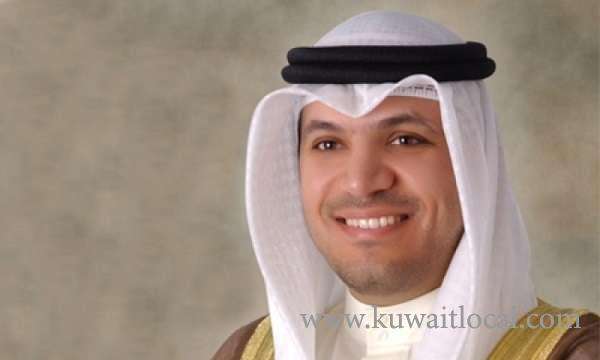 Governor of the Central Bank of Kuwait Dr. Mohammad Al-Hashel said on Wednesday that 73 percent of Kuwait's population, whose age above 15, have a bank account -- the highest proportion at the regional level.

Governor Al-Hashel made the statement on the occasion of releasing the financial stability report (2016), the fifth regular report, issued by the bank as part of efforts to boost transparency, publicize data and documented statistics of the national banking and financial sectors.

He said that the report includes monitoring and analyzing economic and financial developments on basis of their relation with the financial stability. They reveal the banking sector capacity to withstand shocks and carry on with regular services.

The report, he added, includes five chapters; the first tackles performance by conventional and Islamic banks as financial brokers, along with shedding light on credits' distribution tends and deposits' activities.

The second chapter deals with assessing basic hazards facing the banking sector, the third addresses in an analytical manner trends of profit-making, capitalization in the banking sector, its resistance, according to several financial and economic pressure tests, the governor added.

The fourth one sheds light on developments in the money markets, foreign currency exchange, stocks and properties and the fifth is an analysis about settling financial payments in Kuwait.

Despite challenges, the CBK precautionary measures and hazard early warning systems have proven helpful in maintaining strength and regular performance of the banking sector in 2016, he said.

Moreover, they have contributed to maintaining steady growth and positive performance in several sectors that constitute foundations for financial stability.

Financial brokerage continued improving in 2016, though at a slower pace, as compared to 2015. The banking sector growth slowed in 2016, with the overall assets growing by 1.85 percent compared to 2.6 percent in 2015.

Local assets' growth was relatively better, posting 3.1 percent, against backdrop of the local crediting growth which reached 2.9 percent, lower than the proportion of 2015 -- 8.5 percent.

Basic banking assets' decline was largely attributed to the noticeable slowness in credit growth, with the loans portfolio in the banks recording slight growth estimated at one percent, with a rise of KD 424 million (some US$1.4 billion) against growth that reached 1.7 percent in 2015.

The growth was the lowest in the past years, largely as a result of the decline of the banking loans portfolio in the GCC states, Asian and European nations.

Shedding further light on the domestic market, he said the credit growth was better, at a rate of 2.9 percent, distributed over 70.5 percent of the total loans, matured in December 2016 for conglomerates, 24.2 percent for personal loans and 5.3 percent for small and medium establishments.

The banking sector continues to enjoy stable financial base, with the forward deposits accounting to 63.6 percent of the total, thus affirming stability of the funding basis for the banking apparatus and its ability to remain stable, amid liquidity pressure.

On risks' assessment, he said improvement at this level persisted, in the past year, with respect of the assets' quality, where irregular lending dropped by 2.2 percent in December 2016, compared to 2.4 percent in the previous year.

This proportion is lower than that posted before the global financial crisis, reaching 3.8 percent in 2007. Decline of these loans became possible due to fruitful cooperation among the banks and their adherence to the CBK instructions, Governor Al-Hashel explained.

Kuwaiti banks continued to post net profits in 2016, though at a slower pace as compared to 2015, where the net earnings rose to KD 745.8 million (some USD 2.4 billion), at a 5.6 percent in annual growth proportion.

The Capital risk adequacy, he said, climbed due to robust growth of the banks' capitals -- 10.3 percent -- compared to assets' growth, with projected risks at four percent in 2016.

The Kuwaiti banks maintained high levels of capitals despite quarterly stress tests, conducted in 2016. The CBK, in December 2016, increased the discount interest rate by a quarter point, to 2.5 percent, the same level that existed in October 2012.

Al-Hashel affirmed that the decision was taken in tandem with a declaration by the Federal Reserve with respect of hiking the interest rate and for sake of maintaining the Kuwaiti dinar's attractiveness, nationalizing savings in the local currency for sake of funding various sectors of the national economy and creating an adequate environment for a sustainable economy growth.

As to Boursa Kuwait, he said that the bourse concluded the year bullishly where the benchmark rose 2.4 percent compared to the decline posted in 2015, 14.1 percent. This improvement was caused by recovery of the oil prices in last quarter of 2016.

Local realty sector declined for the second year in a row, in terms of number and value of transactions, respectively 21.4 percent and 23.1 percent, Al-Hashel said.

Property also dropped in terms of sectors, with sales in the housing and investment ones falling respectively by 30.3 and 33.4 percent. But, commercial sales rose 26.3 percent.

Noticeable spread of information technology and substantial development in the sector of automated machines have resulted in increasing digital banking transactions, he indicated affirming the CBK vital role to safeguard the national financial system in the conclusion of his statement.