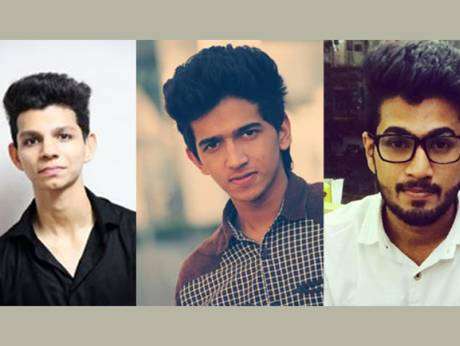 Three Dubai students were killed in a fatal road accident on Al Dhaid - Al Madam Road in Sharjah, on Friday at around midnight, sources from the Indian community . The students Shifam Mustafa, Ashmid Ashraf and Mohammad Sunoon were returning to Dubai after a short holiday when the mishap occurred. Colonel Haran Mubark Al Jazai, acting police director of Eastern Region, said that police operation room received call a round 1.25 am reporting the fatal accident.

Colonel Al Jazai said the vehicle carrying the students, which caused the accident, entered the road from a prohibited area without making sure that the road was clear and collided with another other vehicle driven by Arab men, which was travelling on its path.

The students died on the spot while the Arab driver identified A.S.M. sustained serious injuries and was moved to Al Dhaid Hospital for treatment. The case has been referred to public prosecution and the bodies of the deceased will be handed over to their families, said the official. Colonel Al Jazai expressed regret and said that such fatal accidents are occurring because the drivers are not folowing the traffic rules.

The accident was the second of its kind in the area in less than 24 hours. In the earlier incident, three siblings were killed while their mother and two other children were seriously injured when a speeding truck rammed into their vehicle in Sharjah. At least two of the deceased belonged to business families of old-time UAE expatriates. Their bodies have been kept at Dhaid Hospital awaiting repatriation formalities.

Shifam Mustafa and Ashmid Ashraf were studying at Middlesex University, Dubai. All three of them were UAE residents. The Kerala Muslim Cultural Community is making efforts to get the bodies released for repatriation to Kerala, the source said. "Middlesex University Dubai students and staff mourn the loss of our students Ashmid Ashraf, Muhammad Shifam and their friend Mohammad Shounoub in a tragic accident. Our deepest sympathies and condolences to their families," Felicity Preston, Marketing Manager.

11 March 2016
Three siblings were killed while their mother and two other children were seriously injured after speeding truck rammed into their vehicle in Sharjah. The accident occurred at the intersection in Al Dhaid-Al Weshah. The truck driver was driving at high speed and jumped the red signal, causing the truck to crash into the family's vehicle.

11 March 2016
Three students who were returning to Dubai after a short holiday were killed in a fatal road accident on Al Dhaid - Al Madam Road in Sharjah. The vehicle carrying the students, entered the road without making sure that the road was clear and collided with another other vehicle, which was travelling on its path.

6 March 2016
Four people were killed when a speeding two-seater Ferrari sports car it slammed into a lamppost along Al Sarayah Street in Jumeirah Lakes Towers in Dubai. The impact was such that the vehicle was sliced in two, and the occupants violently flung from it. Three died instantly and the fourth succumbed in hospital.

21 February 2016
A three-year-old Afghan boy died after he was hit by a speeding car while crossing a parking lot in Jamal Abdul Nasser Road in Sharjah. The child was with his mother. Police said the driver was speeding and failed to pay attention.

15 February 2016
A 67-year-old Jordanian woman succumbed to her injuries after being run over by a car in Al Buhairah area of Sharjah.

13 February 2016
A 33-year-old Asian man died in an accident involving two cars on the road leading down from Jebel Al Jais in Ras Al Khaimah. The crash occurred when the vehicle of the deceased, which was carrying three passengers, flipped over on the mountain road and collided with another vehicle on its way upthe mountain.

2 February 2016
A 20-year-old Emirati man died and three others were injured in an accident involving four vehicles on Masafi-Fujairah Road. The accident occurred when the Emirati driver tried to overtake the car in front of him by driving into a lane of oncoming traffic. He was hit by two water trucks. His passenger died on the spot.

25 January 2016
An Emirati man died in a car crash on Emirates Road. The driver crashed into the truck in front of him, which had stopped because of traffic congestion. The impact of the accident caused the truck to slide and crash into another truck.

21 January 2016
A 20-year-old Emirati man died in an accident involving two vehicles on Maleeha-Al Dhaid Road in Sharjah. The driver, lost control of his car, sending it crashing into another vehicle before colliding with a barrier. The vehicle flipped over several times before settling on the side of the road, causing the death of the driver.