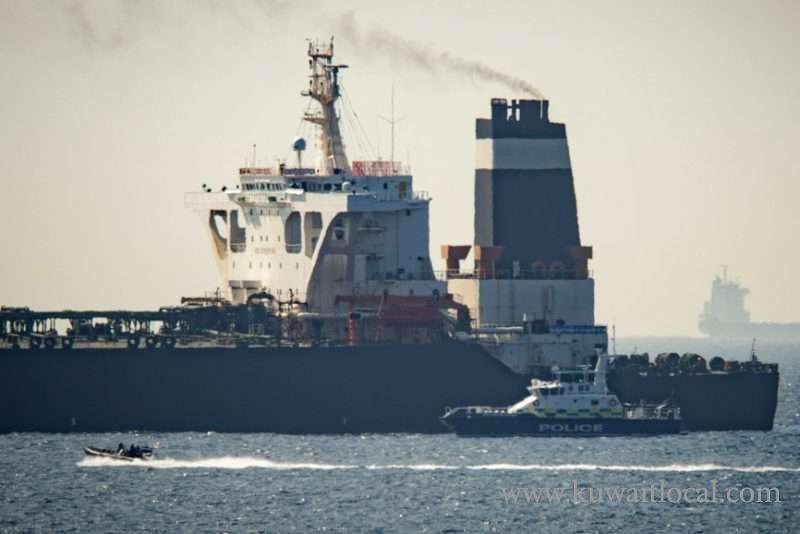 The United States hopes to enlist allies over the next two weeks or so in a military coalition to safeguard strategic waters off Iran and Yemen, where Washington blames Iran and Iran-aligned fighters for attacks, the top US general said on Tuesday.

Under the plan, which has only been finalized in recent days, the United States would provide command ships and lead surveillance efforts for the military coalition. Allies would patrol waters near those US command ships and escort commercial vessels with their nation’s flags.

Marine General Joseph Dunford, the chairman of the Joint Chiefs of Staff, articulated those details to reporters following meetings on Tuesday about it with acting US Defense Secretary Mark Esper and Secretary of State Mike Pompeo. “We’re engaging now with a number of countries to see if we can put together a coalition that would ensure freedom of navigation both in the Straits of Hormuz and the Bab al- Mandab,” Dunford said. “And so I think probably over the next couple of weeks we’ll identify which nations have the political will to support that initiative and then we’ll work directly with the militaries to identify the specific capabilities that’ll support that.”

Iran has long threatened to close the Strait of Hormuz, through which almost a fifth of the world’s oil passes, if it was unable to export its oil, something US President Donald Trump’s administration has sought as a way to pressure Tehran to renegotiate a deal on its nuclear program. But the US proposal for an international coalition to safeguard shipping in the Strait, at the mouth of the Gulf, has been gaining momentum since attacks in May and June against oil tankers in Gulf waters.

Last month, Iran shot down a US drone near the Strait, prompting Trump to order retaliatory air strikes, only to call them off. The deputy chief cabinet secretary of Japan, one of Washington’s key global allies, declined to comment directly when asked about Dunford’s comments. “We are quite concerned about mounting tensions in the Mideast, and guaranteeing safe passage in the Hormuz Strait is vital to our nation’s energy security, as well as to the peace and prosperity of international society,” Kotaro Nogami told a regular news conference in Tokyo on Wednesday. “Japan will stay in close contact with the United States and other related nations and continue to make efforts for stability and the reduction of tension in the Mideast.”

Although US officials had publicly discussed plans to safeguard the Strait, Dunford’s disclosure that the coalition would also seek to bolster security in the Bab al-Mandab off Yemen appeared to be a new element. Iran’s president said Wednesday that Britain will face “repercussions” over the seizure of an Iranian supertanker last week that authorities in Gibraltar suspect was breaching European sanctions on oil shipments to Syria. Hassan Rouhani was quoted by the official IRNA news agency as calling the seizure “mean and wrong” during a Cabinet meeting.

“You are an initiator of insecurity and you will understand its repercussions,” he warned the British government, calling for the “full security” of international shipping lanes. The tanker’s detention comes at a particularly sensitive time as tensions between the US and Iran grow over the unraveling of the 2015 nuclear deal, from which Trump withdrew last year. In recent weeks, Iran has begun to openly breach limits on uranium enrichment set by the deal in order to pressure European signatories to salvage it.

5 Year Residence For Expats And 10 Years For Expat Businessmen A new residency law will be introduced that underlines that an expat can acquire a residency visa for up to 5 years and for an expat businessman with a valid project, it is for 10 years. Among the ... August 12, 2020 2 6836 Category: Expats

After Days Of Waiting, First Flight Left To India From Kuwait Today After a long wait of more than three weeks, the flight to India resumed from Kuwait international airport today with the first flight carrying 322 Indians stranded here to Delhi. The flight, arrang... August 11, 2020 0 6096 Category: Kuwait

Allow Entry To Non-Kuwaitis From The 31 Banned Countries Who Are Related To A Kuwaiti The General Administration of Civil Aviation issued a circular to airlines operating at Kuwait International Airport allowing non-Kuwaiti passengers who have a relationship with a first-class Kuwaiti ... August 09, 2020 0 4594 Category: Travel

Steps To apply for Renewal of Kuwait Society Of Engineers (KSE) Membership And No Objection Certificate Online If you hold a engineer visa KSE membership is must and you have to renew it Every Year, Below we will explain the process about renewal KSE membership and applying NOC, this process is for who already... August 10, 2020 0 4492 Category: Kuwait Society of Engineers

Large Scale Expat Deportation Plan In Progress Planning is underway for the large scale arrest and deportation of around 126,000 expatriates living illegally in Kuwait, reports Al Jarida daily. They did not take advantage of the amnesty in April a... August 11, 2020 1 3366 Category: Expats

Only educated expats over 60 will have their residence renewed Public Authority for Manpower (PAM) has announced that expats at the age of 60 and above, without a university degree will need to make preparations to leave the country by end of this year. They are ... August 11, 2020 2 2888 Category: Expats
Related News
Visit Visa
Visit Visa
View All
Indemnity
Indemnity
View All
Dependent Visa
Dependent Visa
View All
Driving License
Driving License
View All
Project Visa
Project Visa
View All
Termination
Termination
View All
Civil ID
Civil ID
View All
Crime News
Crime News
View All