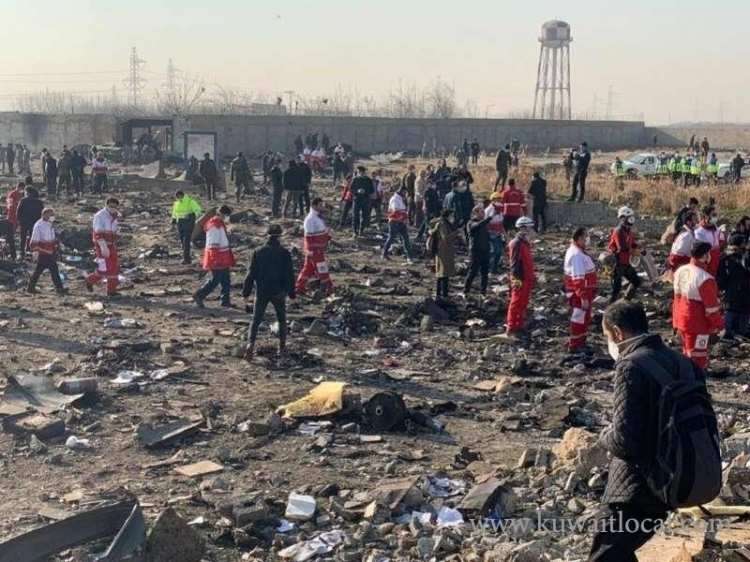 A Ukraine International Airlines jetliner reportedly carrying 176 passengers and crew has crashed near Tehran's Imam Khomeini International Airport, according to Iran state television, which said all those aboard are dead. Iranian civil aviation officials said the crash is thought to have been caused by mechanical problems.

State television said 32 of those aboard the Kyiv-bound flight were foreigners. The Associated Press reports that passengers on the flight are believed to be mainly Iranian students studying in Ukraine who were returning after spending winter holidays in Iran.

The plane climbed to 7,350 feet about two minutes after takeoff and then telemetry was lost, according to FlightAware data.

The director-general of the Iran Civil Aviation Organization, Hassan Rezaeifar, said that the aircraft did not declare an emergency.

Reza Jafarzadeh, a spokesman for the body, said a team of investigators had been dispatched to the site on the southwestern outskirts of Tehran.

An Iranian emergency official told state TV that all those aboard the plane were killed in the crash and that rescuers were recovering remains.

The Associated Press reports that where the jetliner went down, its journalists saw a field littered with debris and that bodies were strewn among pieces of the plane. Television footage showed burning plane parts and rescue workers wearing face masks as they retrieved bodies.

"The fire is so heavy that we cannot (do) any rescue... we have 22 ambulances, four bus ambulances and a helicopter at the site," Pirhossein Koulivand, head of Iran's emergency services, told Iran state television, according to Reuters.

Initially, Iran state television reported 180 passengers and crew were aboard the airplane, but later said the figure was 170.

In a statement hours after the first reports, Ukraine Prime Minister Oleksiy Honcharuk clarified that the plane was carrying 167 passengers and 9 crew members. He confirmed that all aboard the plane had been killed and that authorities were trying to clarify the circumstances of the crash.

"My sincere condolences to the relatives and friends of all passengers and crew," Ukraine President Volodymyr Zelenskiy said, according to Reuters.

The news agency quoted Zelenskiy as saying Ukraine's consul in Iran was at the crash site. Zelenskiy himself was on a visit to Oman but returning to the capital due to the crash, his office said in a statement.

In addition, the crash occurred less than an hour after the Federal Aviation Administration prohibited U.S. civil aviation "from operating in the airspace over Iraq, Iran, and the waters of the Persian Gulf and the Gulf of Oman."

According to aviation tracking sites, the plane is a 737-800, a common single-aisle twin-engine airliner that is in service around the world. The plane that crashed was manufactured about 3 1/2 years ago and is an earlier generation than the troubled MAX aircraft that has been grounded globally after two deadly crashes in 2018 and last year.

A statement from Boeing said the airplane maker was aware of the crash and was gathering more information.