<![endif]-->
Advanced Search
This Family Was Using Bowl Worth KWD 1,490,862 To Keep Tennis Balls & They Had No Idea
Category: International 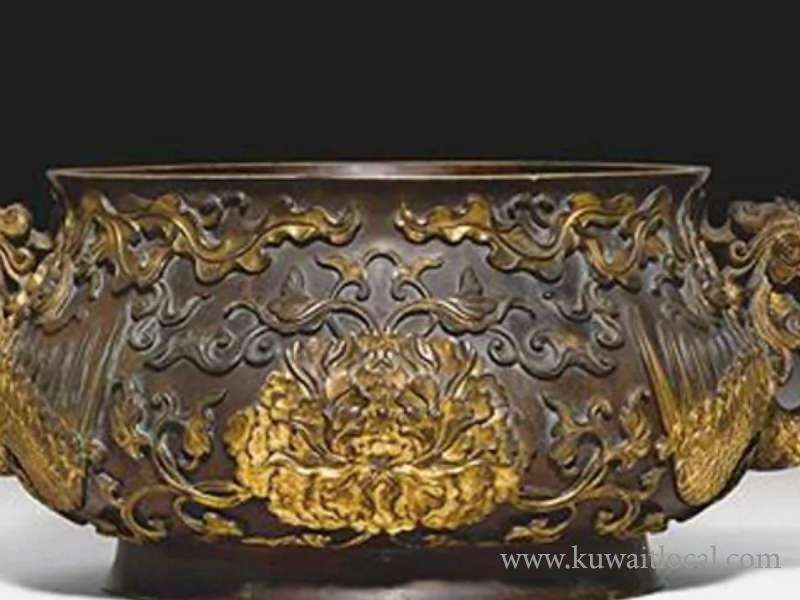 There have been those lucky people who have found treasure in their backyards, which had been hidden there for decades. Some people win lakhs of rupees in lottery, some inherit a great fortune. Then there are some who do not even know that they are filthy rich. This is the story of one such family.

A Swiss family, owns a rare Chinese bronze bowl which is now estimated to be worth 4.9 million swiss francs (approximately KWD 1,490,862). But they were innocuous of this knowledge. Not aware of the bowl’s worth or history, they used it to keep tennis balls in there. Tennis balls! In a bowl worth KWD 1,490,862!

Luckily for them, they did not throw the bowl out and got to know of its worth in time. Reportedly, the family was having their house items values by the experts from Swiss auctioneers Koller Auctions. That is when they spotted the bowl. The bowl is a parcel-gilt incense burner and has phoenix heads as handles. Reportedly it is a rare artifact from the 17th century. So it is almost 400 years old, maybe more than that!

Underlining the amazement of the experts, head of media relations and marketing for Koller Auctions, Karl Green said, "When they  saw the bowl, they were amazed. They'd never seen anything quite like it," as quoted by CNN

The owner of the bowl, the Swiss family had bought the bowl on their trip to China. At the time, they did try to offer the bowl to be displayed in a museum in Berlin and a British auction house both of which were not intrigued by the item and declined the offer.

Assuming that it did not hold much value, the family kept the bowl in their house and used it to keep things just like any other bowl.

Mr. Green told CNN, "After all that, the family thought it wasn't worth a lot, but they liked it. They displayed it. As you do with a bowl in your house, they put things in it, and they put tennis balls in it.”  He continued, "So the vendors didn't think it was worth much and were using it to store tennis balls in. It is pretty big, about the size of a punch bowl and could hold about a dozen balls.”

The Koller Auctions acquired the artifact and it was auctioned in Hong Kong. The incense burner created a lot of buzz and was finally sold for a  4.8 million Swiss francs which approximates to KWD 1,490,862 in Kuwaiti Dinar.

Posting the picture of the bowl on their official Instagram account, Koller auctions wrote that the rare parcel-gilt incense burner was most likely made for a Chinese empress and it was bought by a Chinese collector at the auction.

Imagine owning Millions of Dinars and not being aware of it!