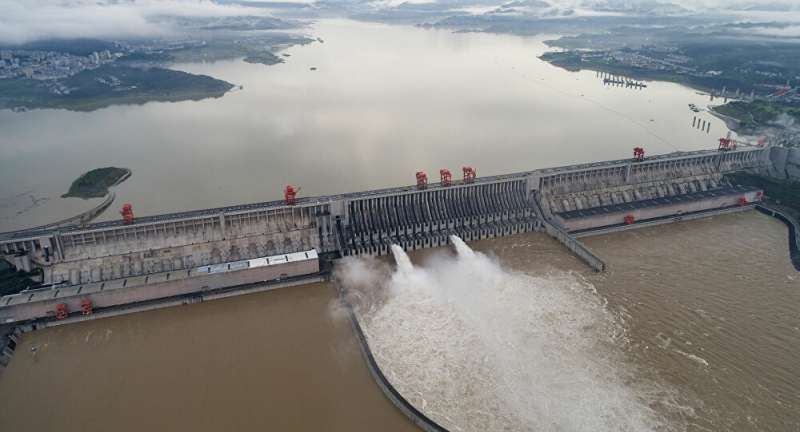 The rise in water levels in waterways poses the greatest threat to the security of dams in the world, as they are vulnerable to the repercussions of climate disruption, according to Michel de Vivo, Secretary-General of the International Committee on Large Dams.

Founded in 1928, this association includes scholars from 104 member countries. It counted about 60 thousand large dams in the world (their height exceeds 15 meters or they hold more than three million cubic meters of water), about half of them are in China.

What is the most significant threat to the security of dams?

The greater danger lies in the water than in the earthquakes. When the water rises to the unflooded part of the dam, it penetrates into it and damages the foundations of the facility and may eventually topple it.

And in Oroville, California, 180,000 people were evacuated in 2017 after the overflow mechanism at the highest dam in the United States was damaged.

The danger is especially high for the embankment dams, which are the most common in the world, such as the Egyptian Aswan Dam.

Modern dams have been built in mountainous regions of China using roller-compacted concrete technology, which saves materials and speeds up construction.

The Chinese and Spaniards are pioneers in this field.

How can this risk be reduced?

This risk can be reduced through continuous monitoring of the facility and its surroundings using a set of tools that measure the mobility of its components. Most structures built since the 1970s are equipped with tools of this type.

This monitoring also allows the dam to continue operating, even when a vulnerability is detected. Gaps that do not exceed a few centimeters in size do not greatly impede the work of the dams, as the dam must have been severely damaged in order to collapse. In China, the opening was 20 meters before the dam collapsed.

It is also recommended to hire civil engineering experts to regularly inspect these facilities.

The International Commission on Large Dams recently published a global declaration on dam security addressed to public authorities and financing institutions as the risks to dams increase and more countries build them. Precautionary measures need to be strengthened, especially in developing countries.

How does climate change exacerbate these risks?

The main danger is the difficulty of anticipating a rise in the water level.

The dams were designed to withstand the surge in water levels hundreds of years ago. However, climate change is changing the equation. The amount of water is not necessarily increasing, but the fluctuations are becoming more intense, with longer droughts and more severe rises in the water level.

It is necessary to review the local expectations for each dam, if available. This step would help to strengthen and adapt the rules of management.