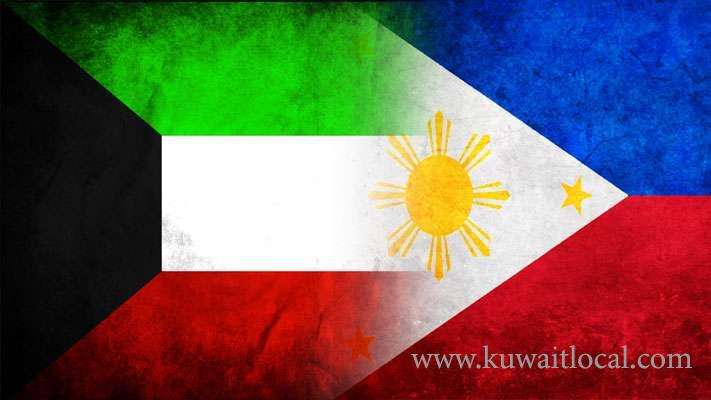 The government of the Philippines is planning to sign this month a bilateral agreement that will give additional protection for the Filipino migrant workers in Kuwait, according to news.mb.com.pn. According to the Philippines Labor Secretary Silvestre Bello III the proposed labor agreement has already been finalized and awaits a final nod from President Rodrigo Duterte.

Bello told reporters last Tuesday the president may travel to Kuwait to witness the signing of the proposed what he called the ‘labor protection pact between’ the two countries. “We have finalized the MoU (Memorandum of Understanding). We just need the go-signal of boss on when it will be signed,” Bello, who is also a member of the President’s delegation to China, said in Filipino. He admitted though that the labor agreement should be signed this month or before the start of the Muslim Holy Month of Ramadan.

When asked if he or the president will fly to Kuwait to sign the pact, Bello said: “It’s probably him.” The Philippine government had earlier pushed for a labor protection agreement with Kuwait to prevent a repeat of reported abuses committed against Filipino workers.

In February, Duterte banned the deployment of OFWs to Kuwait after the discovery of the remains of a Filipina in a freezer in an abandoned apartment in Kuwait. She had died a year ago while employed by a Syrian-Lebanese couple. Duterte’s deployment ban was also due to the deaths of seven OFWs in Kuwait since 2016.

The canadianinquirer. net said since the start of the amnesty program for undocumented Filipino workers in Kuwait last January, the Duterte administration has repatriated a total of 4,094, with 60 more arriving in Manila Wednesday (April 11), the Department of Foreign Affairs (DFA) said. An official said Filipinos who would be caught after the amnesty officially lapses on April 23 would not only face arrest, fines, and lifetime ban to Kuwait but also possible denial of entry to other states.

At least 10,000 Filipinos were identified by the Kuwaiti authorities staying illegally in the country. With no agreement on overseas Filipino workers signed yet between Kuwait and the Philippines, word on when the ban will be lifted has not yet been announced. In the meantime, Chinese President Xi Jinping and Philippine President Rodrigo Duterte will finalize an agreement that will pave the way for China’s hiring of 300,000 overseas Filipino workers, including 100,000 Filipino English-speaking teachers, a senior Filipino official said. “One of the contentious issues (the two leaders are finalizing) is the requirement by the Chinese government that they will accredit the (Chinese) schools that will issue the certification to our English teachers,” Bello said in China, transcript of which was received in Manila on Tuesday. “We maintain the position that it should be the Philippines that will choose these schools or the colleges that will issue the certification (for the Filipino teachers who will be hired to teach English in China),” Bello said.

According to the gulfnews.com the Chinese government has offered $1,500 (P78,000 or Dh6,500) a month for a Filipino teacher, Bello said, adding that he and his counterpart will meet to finalize the details of the hiring of OFWs. The number of OFWs going to China could reach 300,000, said Bello adding that China’s Labor Ministry is also looking for Filipino cooks, caregivers, household service workers, musicians, and nurses.