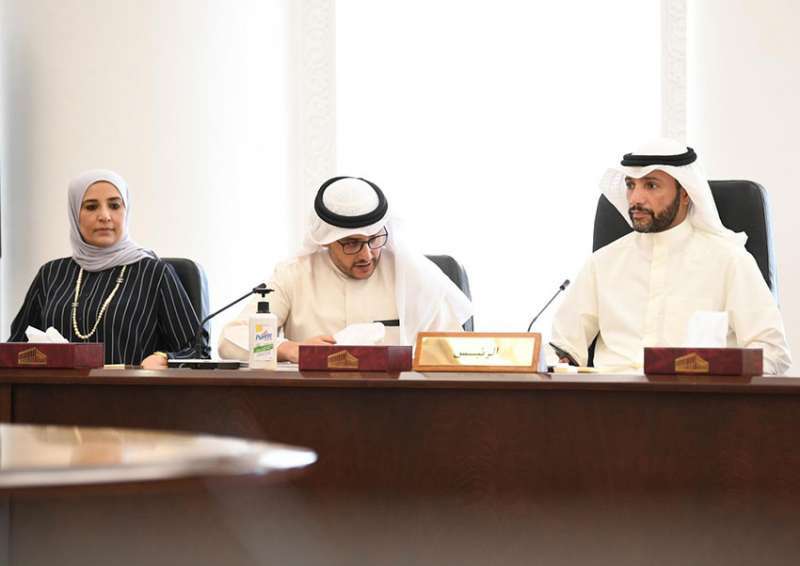 Kuwait's parliament chief on Tuesday commended the government's decision to launch an investigation into local traders of residency permits, saying the results of the probe needed to be released "immediately" upon conclusion.

This comes following a decision by Deputy Prime Minister, Interior Minister and State Minister for Cabinet Affairs to form an investigation committee into the matter.

Describing the issue as "extremely important," National Assembly Speaker Marzouq Al-Ghanim said residency permit traders were the "main cause of abundant labor (in the country) and people's oppression."

Al-Ghanim highlighted the matter during talks he alongside another 19 lawmakers attended with Foreign Minister Sheikh Dr. Ahmad Nasser Al-Mohammad Al-Sabah and Minister of Social Affairs and Labour and State Minister for the Economy Maryam Al-Aqeel.

The chief lawmaker condemned the act as "sinful, violating Sharia law, humane principles and morals."
"Those who have paid money to criminals outside of their countries to come to Kuwait and gain riches are largely mistaken," he added.

He urged the need for the probe to be conducted in haste for "corrupt officials, who made it easy for residency permit traders" to be held accountable and for officials responsible for the fight against the offenders to be rewarded.

During the meeting, the two ministers briefed the lawmakers on stats and figures related to the ongoing coronavirus evacuation of nationals' strategy, the country's demographics and the numbers of residents in the country.

Lawmakers, in turn, outlined their proposals to resolve the issues and "present a fair solution, so that nobody may suffer injustice."
Speaking to Minister of Social Affairs and Labour, he pointed out that amongst the 158,433 residency violators, approximately 18,180, currently in state-built shelters, have expressed the willingness to leave the country.

Al-Ghanim urged that this particular matter be resolved with haste.