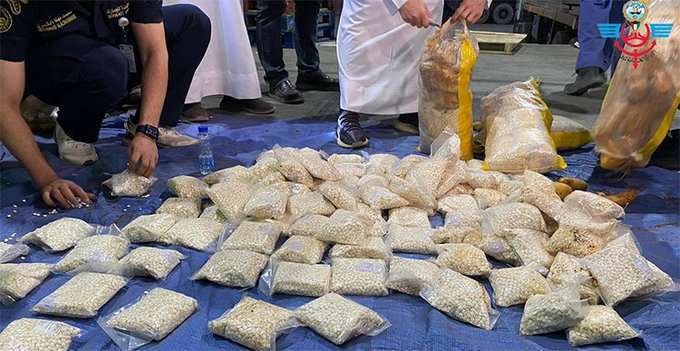 President of the Arab Union for the Prevention of Addiction, Dr Ahmad Abu Al-Azayem (Cairo) and the Secretary-General of the Union, Dr Khaled Al-Saleh (Kuwait) expressed the union’s concern reports of increasing organized drug smuggling activities in the Gulf states and Arab countries undertaken by wellknown people. The Arab countries are plagued by political crises, which constitute a dangerous focus in our Arab world that works to destroy our promising youth in the Gulf Cooperation Council countries, as well as the rest of the Arab countries.

The union affirmed that the issue of drug abuse is one of the biggest challenges threatening the development in the Arab countries, especially as it is specifically directed at young people who are the source of fuel and hope for the future, pointing out that the studies published about drugs in the Arab world have revealed a significant increase in consumption of hallucination pills and also the spread of other toxins that are directed at rich nations.

The union stated that the studies also linked the increase in the phenomenon of violence and crime to the expansion of drug smuggling and its distribution within societies. The union pointed out studies have also revealed that there is an increase in the use of these drugs in groups that were in the past semi-protected, namely women and children under sixteen, and these increase raises the concern of those in charge of the union because young people are exploited and recruited by terrorist groups after introducing them to the menace of drugs – consumption and trafficking – the motive of which is to spread crime and violence in Arab societies.

The union revealed the absence of stable governments in some Arab countries that are plagued by economic crises and this prompted some to allow or condone the cultivation of cannabis for many reasons, and this has greatly contributed to the expansion of drug cultivation and the attempts to export it to stable countries, which constitutes great harm to the youth of those countries.

The union added the studies have proven that the largest state in which corona deaths occurred in the United States of America is the state of South Dakota, which is the state with the largest number of drug users, and this also constitutes an additional burden as a result of the spread of the drug and it is difficult for health systems to work in Arab countries to confront the Covid pandemic. The union demanded the necessity of holding an emergency meeting of the concerned ministers within the Arab League in order to discuss the phenomenon of expanding smuggling and those behind it, and take collective action to reduce this phenomenon to protect the Arab security.

The statement indicated that the list of seizures that attempted to enter the Kingdom of Saudi Arabia from Lebanon reflects the seriousness of the situation and the organized attack to destroy the region’s youth. Between January 2020 to April 2021, attempts were made to smuggle more than five million narcotic pills stuffed into pomegranate fruits and more than 25 million pills in boxes of grapes.