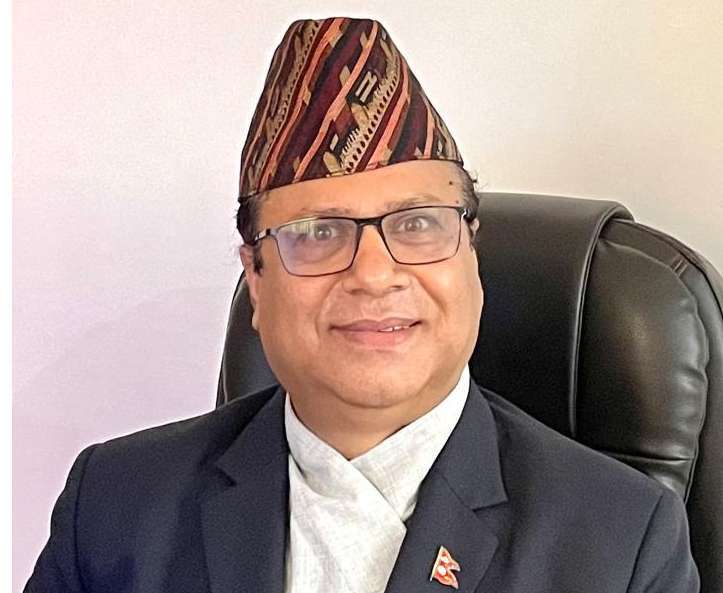 To mark this historic occasion, Nepal began to celebrate this day as the National Day of Nepal since 2016 A.D. It is the day of historic achievement for the Nepalis people. On this happy occasion of the Sixth Anniversary of the promulgation of the current Constitution as well as the National Day of Nepal, I, on behalf of the Embassy of Nepal in the State of Kuwait and on my own, extend sincere congratulations and best wishes to all Nepali brothers and sisters living in the State of Kuwait. At the same time, I am sorry to say that due to adverse situation created by COVID-19 pandemic we have not been able to celebrate this occasion with the participation of our valued guests, friends and community members as we desired.

The subsequent elections to all three tiers of federal set up held under the new constitution has operationalyzed federal governance structures at federal, provincial and local levels paving the way for a better services to the people at their own places and for expeditious socio-economic development process in Nepal. Simultaneously, Nepal has achieved peace and stability and has now moved in the direction of economic transformation for achieving prosperity of the Nepali people in a short span of time.

Nepal’s contribution in achieving international peace and security has been growing significantly over the years. Nepal takes pride in the fact that the country remains one of the major contributors to the United Nations Peacekeeping operations.

Exchange of visits at various levels has been contributing to provide added impetus to our bilateral relationship. The two countries have been working together in some notable projects in Nepal. Some of them have already been completed while some are under operation. We would continue to work closely in having new projects in coming days. Nepal and Kuwait have immense potential to further expanding relationships in areas such as trade, investment, tourism, employment and many others.

Nepal and the State of Kuwait have been working closely together in international and regional forums on matters of common interest. Kuwait has hosted the Secretariat of the Asia Cooperation Dialogue (ACD) in its capital and has continuously been extending support to this regional process. Our two countries along with other member states of this forum have been working together to promote Asia-wide cooperation and interdependence for exploiting the opportunities in Asia for the common economic interest of the people of this region. Both Nepal and Kuwait are active members of the United Nations.

There is also a growing attraction among Kuwaiti citizens towards Nepal. Nepal as one of the most beautiful tourist destinations could become a popular destination for Kuwaiti citizens.The extensive direct air connectivity between Kathmandu and major cities of the Gulf region including Kuwait City has made the travel easier and comfortable to visit Nepal. Nepal is a land of opportunities for investors.The Government of Nepal is fully committed to creating an investment- friendly environment. Various reform measures including policy, legislation, institutions and procedures in the area of investment have been undertaken by the Government to promote investment in the country in recent years. The reform process is still continued to attract more foreign investments in the country.

Nepal has focused its attention towards promoting economic growth and accelerating economic transformation process. For this, Nepal aims at modernizing agriculture, exploiting vast energy sector including hydro-power potentials, expediting infrastructure development, promoting export trade to the satisfaction of the consumers in international markets, materializing fully the tourism potentials along with developing human resources. Nepal is a land of discovery and unique experience. It is the country of the Mount Everest, the highest peak in the world. Having eight of the world’s 14 highest mountains above 8,000 meters in height, Nepal is a mountaineer’s paradise.

Nepal’s topographic variation, green hills and pastures, world famous national parks and wildlife reserves, perennial rivers, serene lakes and trekking offer sightseeing while activities like mountaineering, white water rafting, jungle safari, paragliding, kayaking, canyoning, bungee jumping, boating and rock climbing allure adventure seekers to Nepal. Nepal is a country with rich bio-diversity harboring many fl ora and fauna. With numerous natural and cultural heritage sites located at different parts of the country as well as people with diverse traditions, customs, foods and lifestyles living in peace and harmony, Nepal is a country of ‘unity in diversity’. Visitors get warm, friendly and hospitable treatment from Nepali people. In the end, I once again would like to congratulate all my fellow Nepali brothers and sisters on this happy occasion of the National Day and Constitution Day of Nepal. Long live Nepal- Kuwait Friendship!