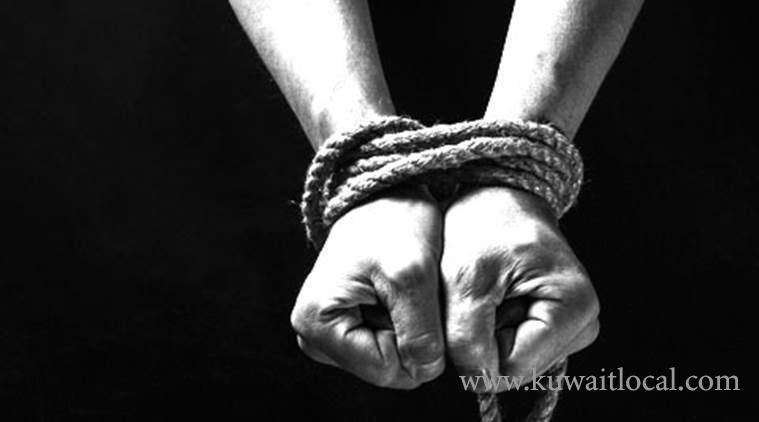 The Public Prosecution decided to keep in its custody until Sunday a Kuwaiti lawyer and four Egyptians charged for abduction, assault and attempted murder of lawyer Saud Al-Halafi.

In a statement, lawyer Al-Halafi affirmed that his abductors committed the act under the instruction of another Kuwaiti lawyer in return for one thousand dinars each, and he wouldn’t be alive if it were not for the grace of Allah and the alertness of police officers who were manning a security checkpoint who rescued him from his abductors.

In a televised interview, lawyer Al-Halafi narrated his ordeal with his abductors, which he said started as he was leaving his office in Sharq area where he was stopped by one of the abductors to ask for directions.

Suddenly, another person holding a handcuff and dressed in “dishdasha” approached them and introduced himself as detective. The lawyer said he asked for his identification but he was surprised when the abductor put a knife on his belly and ordered him to walk. He threatened to stab him if he attempted to raise alarm.

The abductors handcuffed him and forced him inside a four wheel drive. The abducted lawyer was driven to Kabad area where his abductors told him they were hired by another lawyer whom he knows in return for one thousand dinars per person.

They demanded a sum of KD 50,000, which he told them he did not have. He was then beaten until he lost consciousness. His ordeal was discovered by officers manning a security checkpoint at Omariya area. He extended appreciation and gratitude to the officers for their cooperation and diligence in preserving safety and security for all.