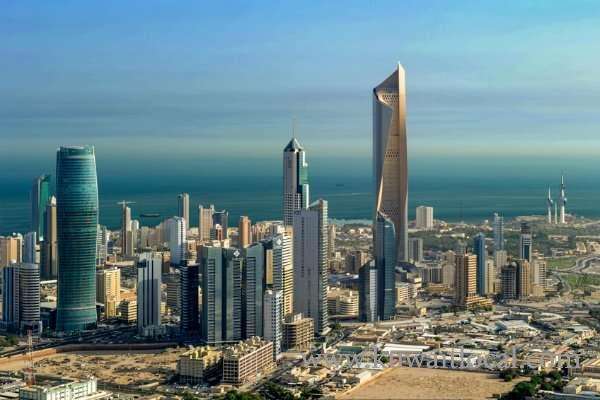 Kuwait stocks edged lower on Thursday to close the holiday-shortened week on sluggish note. The All Share index fell 6.01 points to close at 4,822.99 points after MSCI announced it would include Kuwait Index in its review in June 2019 for a potential reclassification from frontier to emerging markets status.

The Premier Market index shed 11.76 points to 4,803.52 points while the Main Market rose 4.36 points. The volume turnover meanwhile climbed for the session in a row as 74.5 million shares changed hands, 19.14 percent rise from the previous session.

The sectors closed mostly in red during this session. Telecommunications outperformed with 0.99 percent gain while basic materials plummeted 2.34 percent, the worst performing sector of the day. In terms of volume, banks notched the highest market share of 44.37 percent while financial services trailed far behind with 15.53 percent contribution.

The market opened on a strong note and ticked lower in early trade. The index continued to search for direction as investors toed with caution ahead of MSCI decision and OPEC meeting to raise oil output. The bourse fell sharply in the last hour to slip into red after erasing early gains.

KFH paused at KD 0.524 after trading 3.6 million shares and AUB dialed up 1 fil, extending gains to KD 0.181. NBK closed 1 fil down to KD 0.746 on the back of 6 million shares and Burgan Bank followed suit. KIB and Boubyan Bank lost 2 fils and 3 fils respectively.

Reflecting on the day’s upswing, the losers outperformed as 53 stocks ended lower whereas 36 advanced. Of the 110 counters active on Thursday, 21 closed flat. 3,589 deals worth KD 21.3 million were transacted, a sharp rise of 46.57 percent in value from last session.

The market has been mixed during the holiday-shortened week as it closed lower in two sessions . It has gained 87.27 points from the start of the month and trading 24.73 percent lower so far this year. Boursa Kuwait is the second largest market in the region with 175 listed stocks.