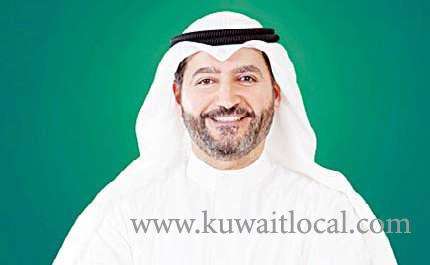 A positive increase in KFH’s EPS (Earning per Share) in the next three years taking into account the shares to be issued for the acquisition. Also, the studies prepared by the relevant advisors showed that the expected increase in future EPS due to this acquisition (EPS Accretion) will be the highest compared to other acquisition deals in the Middle East.
The expected increase in the Group’s consolidated profit by more than 90% compared to 2018 profits
Strengthening the financial position of KFH to be one of the largest Islamic banks globally and regionally with assets of more than $94 billion and equities exceeding of $10 billion.
Increasing the Bank’s lending capacity by 61% after acquisition, which will enhance its ability to finance infrastructure and large projects locally and regionally
Reducing the cost of money, especially in terms of international borrowing because of the increase in consolidated profits and the size of assets, which will enhance KFH profitability and competitiveness
Enhancing the Group’s geographical distribution after the acquisition, allowing it to tap new markets such as Egypt and the United Kingdom
In light of the financial feasibility mentioned in the above studies, both KFH and AUB agreed to appoint international investment banking advisors (HSBC and Credit Suisse) to conduct a fair valuation study for their share swap and to adopt the valuation provided by the relevant advisors.

Based on the findings of the study, they approved the exchange ratio of 2.325581 AUB shares for one KFH share. He added that the Board of Directors of KFH and based on the statement sent to the Capital Markets Authority and Boursa Kuwait, has adopted the mentioned exchange ratio, which is subject to due diligence of both banks.

Al-Marzouq explained that once the studies of the due diligence and the regulatory approvals are received , the takeover will go through the issuance of shares equivalent to about 53.96% of KFH’s current shares. He said that according to the latest published data, the bank’s profits will increase by 94% against the increase mentioned in the shares of KFH.

This step certainly is in the interest of shareholders of KFH as EPS will increase, in addition to the other financial advantages of the merging of two banks’ operations in terms of reducing operating expenses or maximizing revenues.

Al- Marzouq pointed out that the next step after the agreement on the fair share exchange ratio would be to submit the formal request to the Central Bank of Kuwait and the Central Bank of Bahrain and the other regulatory bodies, to obtain the other necessary approvals to conduct the due diligence. Al-Marzouq said that the integration of the new entity will enhance profitability by reducing costs and increasing pricing power and liquidity.

Also, KFH will benefit from access to new markets, establishing its leadership position in Kuwait and exchanging banking expertise between the two banks. He added that upon completion of this process, it will result in the largest banking entity in Kuwait with a value of about $94 billion and the sixth largest bank in the GCC, and it will be equal in size with the largest Islamic bank in the GCC, and it will be a major source of added value at both the operational and the strategic levels both for the banking sector and for KFH.

In addition, it will improve the quality of assets and the distribution risks, in particular the geographical distribution. “In terms of employment, the “new entity” will be able to create additional large employment opportunities for citizens, especially the young graduates, with the number who enter the market reaching thousands every year. Thus, the “merged bank” will be able to play a more vital role in this range”, he explained.

Al-Marzouq stressed that KFH attaches great importance to investment in technology and digital transformation, adding that the merger will enhance the digital potential of the new entity, its ability to use the latest technology in the banking industry, and develop its financial, administrative and supervisory systems, as well as the development of scientific research. Al Marzouq explained that the recent economic conditions, fierce competition and factors such as declining profitability and liquidity constraints necessitated an immediate response and accurate reading of the reality of the banking industry in the region.

He pointed out that the current conditions in the GCC markets are driving companies towards creating larger entities through M&A. The reasons of mergers and acquisitions activity are clear in light of the bottleneck faced by the GCC banking industry. He added that merger activities have recently emerged in the GCC markets, which underline the importance of consolidation at this time. Large entities will soon appear in the banking arena, which will force other competitors to rethink their business model.

In conclusion, Almarzouq stated that the current KFH Board of Directors already developed an effective strategy for the bank over the last four years, which resulted in a significant increase in profit by 94%. Based on that, and during these years, the Board was convinced that in order to maintain the growth momentum it achieved during the past years, it must take extra steps by the acquisition decision and this will consolidate the financial position of KFH and its status as a leading bank, locally, regionally and internationally