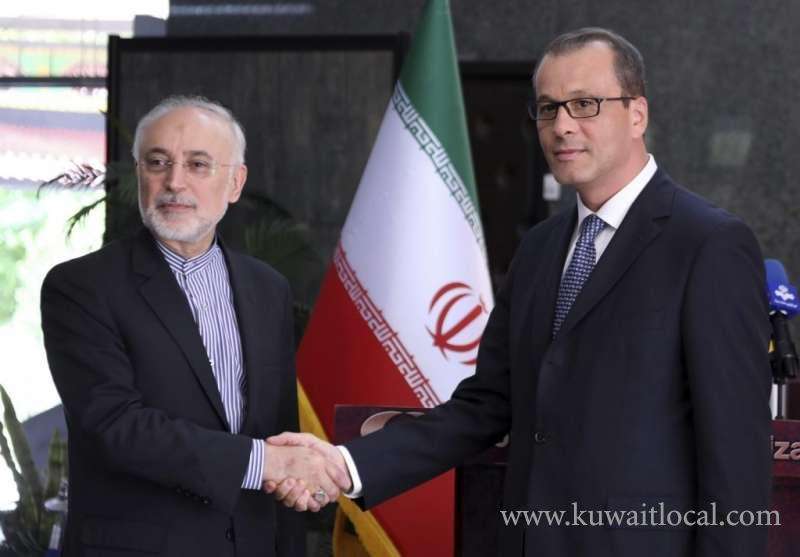 The United Nations’ atomic watchdog confirmed Monday that Iran is preparing to use more advanced centrifuges, another breach of limits set in the country’s unraveling nuclear deal with major powers. Iran had already announced the step, its latest violation of the 2015 agreement as it tries to pressure European signatories to find a way to maintain oil shipments and ease the toll of US sanctions on the Iranian economy.

The International Atomic Energy Agency reported its inspectors verified the installation of new centrifuges. The agency said all had been “prepared for testing” but none yet tested at the time of the Sept 7-8 inspection. The nuclear deal was meant to keep Tehran from building atomic weapons – something Iran denies it wants to do – in exchange for economic incentives. Its collapse started with the United States unilaterally withdrawing from the deal last year and imposing increased sanctions.

The other signatories – Britain, France, Germany, China and Russia, as well as the European Union – have been struggling to salvage the agreement and find a way to meet Tehran’s demands. To put pressure on them, Iran has already pushed past limits in the deal, called the Joint Comprehensive Plan of Action, or JCPOA, on nuclear enrichment purity and stockpiles of enriched uranium.

A centrifuge is a device that enriches uranium by rapidly spinning uranium hexafluoride gas. The IAEA said the ones its inspectors saw included 30 advanced IR-6 and three IR- 6s models, as well as multiple IR-4 and IR-5 models. Under the atomic accord, Iran has been limited to operating 5,060 older-model IR-1 centrifuges.

Enhance
Asked what the new centrifuges could mean to enhance Iran’s ability to enrich uranium, IAEA Acting Director General Cornel Feruta said “output is not a simple matter” but also it was “not for the agency to judge what these actions will bring.” “We have made it very clear that the role of the agency is to report the facts to members of the JCPOA and also the board,” Feruta told reporters in Vienna. Russia’s permanent representative to international organizations in Vienna, Mikhail Ulyanov, downplayed the development, saying after Iran revealed its step about centrifuges that the move “shouldn’t be overdramatized.”

“Yes, it’s another deviation from JCPOA, but new activities will remain verifiable by IAEA and reversible,” he said in a tweet. “No proliferation threat, just a strong signal that balance within the JCPOA must be restored.” Feruta, who returned from Tehran Sunday night, told the agency’s board in Vienna on Monday that inspectors on the ground continue “to verify and monitor Iran’s nuclearrelated commitments under the JCPOA.” He said he emphasized to Iranian authorities “the importance of full and timely cooperation by Iran.”

That mirrored a line in a recent IAEA report on Iran that suggested Tehran wasn’t as forthcoming with answering questions as the agency hoped. “I also stressed the need for Iran to respond promptly to agency questions related to the completeness of Iran’s safeguards declarations,” Feruta said.

Feruta told reporters the meetings had gone well, “covering a full range of issues in our cooperation, and I was pleased with the tone and the input we received in those conversations.” After the report, China blamed the United States for the situation, and called for world powers to stick to the 2015 deal with Tehran.

“The US should abandon wrong practices such as unilateral sanctions and maximum pressure on Iran,” Foreign Ministry spokeswoman Hua Chunying said in Beijing. The United States is “very concerned” about China’s purchases of Iranian oil, Dan Brouillette, Deputy Secretary of the US Department of Energy, said on Monday.

“We are very concerned about the purchases that the Chinese people have made, the government in particular,” he said on the sidelines of an energy conference in the United Arab Emirates, adding that US officials would discuss the issue with the Chinese government.

Flights To India Awaiting Final Approval Special charter flights to Indian destinations are expected soon with the signing of the Transport Bubble between the two countries, a reliable source disclosed to The Times, Kuwait. It is expected... August 05, 2020 0 16255 Category: Information

The Airport Continues Its Commercial Flights According to Alqabas Kuwait International Airport continued to operate commercial flights for the fifth consecutive day, as 14 flights arrived in the country yesterday, while 16 flights departed. A re... August 06, 2020 0 7571 Category: Travel

19 Dead and 127 Injured after Air India flight crashlands in Kozhikode, breaks into two 19 passengers died and 127 were injured, including 15 seriously, when a plane coming from Dubai met with an accident at Karipur airport in Kozhikode, Malappuram Superintendent of Police (SP) said on F... August 07, 2020 0 5803 Category: India

Emirates Gets All Set To Relaunch Kuwait Services Dubai carrier also confirmed Lisbon as another destination being added in this rollout Emirates airline will resume passenger services to Kuwait’s capital from August 5. Flights from Dubai to K... August 05, 2020 1 4962 Category: Travel

KTTAA chairman criticizes abrupt decision to ban expats from 31 countries without prior notice Under the pandemic situation the decision was taken by Kuwait government to ban travel from 31 countries. Today Mohammad Al-Muthairi, the Chairman of the Board of Directors of the Kuwait Travel and To... August 05, 2020 0 4514 Category: International

3 Stage Plan For Return of Expats - MOI High sources revealed Alqabas  that the return of residents to the country will take place according to 3 successive stages, during which priority will be according to the needs of the state, wit... August 07, 2020 1 4182 Category: Expats

Ministry Of Health Prepared The List Of Expats Who Are Struck Outside The Country Health Ministry is developing a inventory  of its employees, who are stuck outside the country and  are unable to return to Kuwait thanks to restrictions imposed  due to coronavirus pan... August 06, 2020 1 2952 Category: Kuwait

Kuwait – India Agrees To Evacuate 1,000 Indians Per Day Back To India The Indian Government is about to start flights to bring back Indian expats who are willing to come back to India from Kuwait. Regarding this Indian authority had a discussion with the Kuwait counterp... August 06, 2020 0 2857 Category: Travel

Review After Every 10 Days On 31 Banned Countries According to Alqabas decision to prevent citizens of 31 countries from entering the country will be subject to review every 10 days, explaining that the list may be increased or decreased, accord... August 06, 2020 0 2196 Category: Kuwait

Salary Of Traveling Teachers Does Not End Until The Airport Opens At a time when responsible educational sources revealed instructions for school directors to ensure that the salary of traveling teachers who were unable to return because of the suspension of air tra... August 07, 2020 0 1862 Category: Education
Popular Offers